Warning: "continue" targeting switch is equivalent to "break". Did you mean to use "continue 2"? in /nfs/c06/h01/mnt/88637/domains/blog.irockcleveland.com/html/wp-includes/pomo/plural-forms.php on line 210
 I Rock Cleveland I Rock Cleveland | The Rockometer: Versions by Zola Jesus

The Rockometer: Versions by Zola Jesus 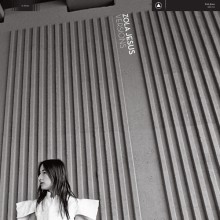 Wanna make your pop princess a full-grown pop diva? Ditch the synths and add strings. By their very nature a string section will add gravitas to any recording, and in the process add a good ten to fifteen years of maturity to your singer and your target audience. It’s true for your Christina Aguileras and Whitney Houstons of the world and true for underground artists with a gothic image, like Nika Roza Danilova, better known as Zola Jesus.

On Versions, Danilova has teamed up with experimental composer JG Thirlwell and the Mivos Quartet for eight new interpretations of previously recorded tracks and one new track. She sounds older. Her voice sounds bigger, both in range and in tone, with the smokiness and huskiness in her vocals no longer dictating which notes can and can’t be hit. Oh, and, it may be her best work yet.

The key here is that Thirlwell is more of a tweaker than your traditional composer. He’s not averse to manipulating sounds in the mix outside of the strings and will often pair the solemn and serene sounds of the quartet with harsher, programmed beats. It’s an approach that not only gives Danilova space to show off that natural vocal talent of hers but also allows her to build some separation between herself and the other young, vaguely gothic singers in the indie underground.

Lead track, “Avalanche (Slow),” is an absolute stunner as the long, deliberate movements of the string section cushion then abruptly descend with Danilova just as she sings “And it all falls down.” No other accompaniment is needed but the cello, viola and two violins of the quartet.

The quartet is similarly, tuned in on “Sea Talk.” Here, the verses are played elegantly while the notes become significantly choppier during the chorus, mimicking the difference between smooth sailing and rough waters. The squashed and crinkled beats during the chorus only add to its allure.

Later, on “In Your Nature,” an unsteady, low-end and skittish violin melody stand in stark contrast to Danilova’s full and confident vocals. As the song builds, the beats enter with a slight ruggedness, almost like a set of electric tympani, if such a thing existed. Thirlwell’s input also becomes more pronounced. As we reach the songs apex it’s difficult to tell if those wavering sounds in the background are extra tracks of Danilova’s voice sent through a processor, or a saw, or a combination of the two. Either way, the pulsating dynamics of “In Your Nature,” make it the natural highlight of a set brimming with drop dead moments.

Really, turning a pop princess into a grown-up diva, isn’t as simple as adding strings. You need the songs and you also need the talent. JG Thirlwell and The Mivos quartet were afforded the benefit of working with the best of Danilova’s previous three releases. Just as importantly, Danilova didn’t just bring in any old composer and any group of strings. Excellence matters. Throughout Versions these three distinct artists develop an instinctive relationship, and in a surprise twist, end up making the original versions the redundant ones.