Warning: "continue" targeting switch is equivalent to "break". Did you mean to use "continue 2"? in /nfs/c06/h01/mnt/88637/domains/blog.irockcleveland.com/html/wp-includes/pomo/plural-forms.php on line 210
 I Rock Cleveland I Rock Cleveland | The Rockometer: Sleeper by Ty Segall

The Rockometer: Sleeper by Ty Segall 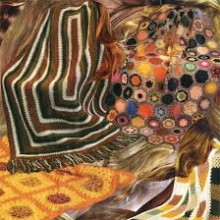 At the time Ty Segall set out to record the ten songs that would make up his seventh solo album, he was dealing with some heavy shit. His step-father, who had adopted Segall at the age of 18, had just passed away after a long bout with cancer. His relationship with his mother abruptly ended, too. Segall was in such a funk, he told Billboard, “I couldn’t have written a loud, heavy song if somebody had paid me to. I tried-it just wasn’t working.”

Let’s think about for a moment. Segall has been a wrecker over the past couple years, recording and releasing an impressive number of solo albums and collaborations, each getting heavier and more intense than the last. 2011’s Goodbye Bread hearkened back to the British invasion. 2012’s release by The Ty Segall Band burned through proto-metal and his 2012 solo release, Twins, had moments where Segall positively went Cobain. Then, as we got into 2013, a new Segall project emerged. Fuzz took Segall’s metal fixations into a harder, heavier, and even weirder place than the Ty Segall Band had been. For Segall to turn his back on rock, capital ROCK, and record an album of psychedelic folk in the vein cosmic troubadours like pre-T Rex Marc Bolan, Bobb Trimble, and San Francisco street corner singer 1969, he must have had it bad.

Another thing to keep in mind when considering Ty Segall’s Sleeper is that the promotion of this album was practically non-existent compared to other Segall releases. There were no 45s, no videos, and not even any pre-release streams. Most independent releases these days get two streams before the release, and maybe a video, too. Segall had this commercial.

When a television or movie studio goes conspicuously quiet prior to a release it’s usually because they are fully aware they have a turd on their hands and the less that is said about said turd prior to its unveiling to the general public the better. Sleeper is no turd, but it’s no rocker, either.

As hinted earlier, there is no guitar stomp and no gleeful screeching on Sleeper. Most numbers are Segall, his thoughts, and his acoustic guitar (the exceptions being the title track and “She Don’t Care” where some strings come in, and “The Man Man,” where Segall plugs in for a brief electric melody). And, as the title of the album would suggest, more than anything else, Segall sounds tired. Even on “She Don’t Care” and “Crazy,” where Segall is directly confronting his mother, he doesn’t sound particularly angry or bitter. Instead, he’s blank, like a person deep in the throes of depression.

The old adage from great pain comes great art has been repeated so many times that many of us simply accept it as fact. The existentialists and Trent Reznor made their careers on pain. However, the relationship between pain and art isn’t always that simple. Go back and read your high school poetry. I dare you to read your break up poems today, especially. The truth is when you’re in the shitter, every aspect of your life suffers, including your work.

Sleeper is not Segall the rocker at his best. Rather, Sleeper is the rocker in recovery, clearing his mind so he can get back to that place where he’s regularly blowing minds again.