Warning: "continue" targeting switch is equivalent to "break". Did you mean to use "continue 2"? in /nfs/c06/h01/mnt/88637/domains/blog.irockcleveland.com/html/wp-includes/pomo/plural-forms.php on line 210
 I Rock Cleveland I Rock Cleveland | The Rockometer: I Hate Music by Superchunk

The Rockometer: I Hate Music by Superchunk 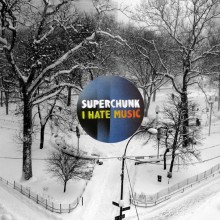 If one were to ask Superchunk’s Mac McCaughan, Dinosaur, Jr.’s J. Mascis, or even Sonic Youth’s Thurston Moore if they planned to rock into their 40’s and 50’s when they were living the alt-rock explosion of the ’90s, the question would have been laughable. At that time, rocking into your middle ages meant pretending to be something you were not — The same young man with tight pants and a flowing mane of hair. Reality meant big guts hanging over those tight jeans and a bald spot where hair used to flow. The arenas would be replaced by county rib cook-offs.

The caricature of aging rocker is such a strong one (quick, picture Kiss as old men in face paint whose groupies have formed a Hoveround line outside their dressing room), that a disdain for past-their-prime acts has been passed down from generation to generation along with the love of rock music, itself.

Furthermore, the strong idealism of the ’90s, with its emphasis on artistic integrity and distrust of institutions and corporations, meant the mistakes of previous generations would not be repeated. Neil Young’s oft-repeated line, “It’s better to burn out than to fade away,” was even quoted in Kurt Cobain’s suicide letter.

Yet, as heroes from the ’90s have aged their way into new decades, a simple alternative to dying before middle age has been found — Be yourself, act your age, and rock out.

Mascis has let his long hair go white. When members of Yo La Tengo take the stage, they dress as if they’re out for a family cookout. Robert Pollard of Guided by Voices has embraced the role of drunken uncle, adding a level of self-awareness to his ageless Rock ‘N’ Roll circus.

For Mac McCaughan, Laura Ballance, Jon Wurster, and Jim Wilbur of Superchunk, being themselves means acknowledging their ’40s, but not surrendering to them, and being loud, rowdy and obnoxious on the surface, but wiser in their words and their ways.

Ballance is no longer a touring member. Her ears can’t handle the stage. Similarly, McGaughan tempers the enthusiasm of “Me and You and Jackie Mittoo,” a classic two-minute, pogo-pop jam, with a tacit acknowledgement that idealism can’t save lives when he sings the lines,”I hate music/What is is worth/It can’t bring anyone/Back to this earth.”

“FOH” has its own balancing act to maintain between home ownership and home practice space. And, like “Me and You and Jackie Mittoo,” its message is delivered with an abundance of side-winding guitar leads.

Superchunk’s mix of maturity and exuberance also means they can rip off a quick hardcore number (“Staying Home”), then slow things down for moments of reflection (“Low F” and “Trees of Barcelona”) and do so without totally surrendering themselves to nostalgia. Superchunk didn’t set out to write another “Slack Motherfucker” for I Hate Music. They already have a “Slack Motherfucker,” and they don’t mind playing it live, either.

Although Superchunk make rocking into your ’40s sound easy, it isn’t. Hell, the members of Superchunk, themselves, had their doubts. Album closer, “What Can We Do,” provides one last reminder of the tenuous relationship between Rock ‘N’ Roll and getting old when McGaughan admits he’s sometimes puzzled by the longevity of his relationships, too: “Now everything’s different/And everything’s the same/Can’t find the words to capture/So I guess I can’t complain.”

No Mac, you can’t complain, and more than that, you should be able to put your mind at ease and be satisfied. The combination of thoughtful lyrics and buoyant music evident throughout I Hate Music succeeds not only as a template of late-career vitality for your peers, but also as an inspiration for others to live their lives as they see fit. The dream of the ’90s is alive, and it surprisingly includes both the dreariness of corporate nine-to-fives and being alive on your own time.