Warning: "continue" targeting switch is equivalent to "break". Did you mean to use "continue 2"? in /nfs/c06/h01/mnt/88637/domains/blog.irockcleveland.com/html/wp-includes/pomo/plural-forms.php on line 210
 I Rock Cleveland I Rock Cleveland | The Rockometer: Era by Disappears

The Rockometer: Era by Disappears 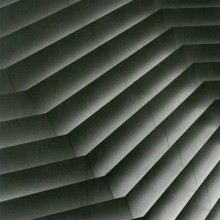 Since their inception in 2008, the Chicago band Disappears have been overloaded with potential, but short on essential product. They have the pedigree. Founding member, Brian Case, cut his teeth in 90 Day Men and The Ponys. At one point, the drum kit was manned by Sonic Youth’s Steve Shelley. They have the talent. Over five years they’ve capably worked the fringes of reverb-heavy garage rock (2010’s Pre-Language), spacey krautrock (2011’s Guider, complete with a 16 minute love letter to Neu!), and heady psychedelic rock (2013’s Kone 12″ EP). Their problem has always been focus. Every time they appeared to be on the verge of something special, they would move on to another realm of the underground.

At first listen, Disappears latest effort, Era, would seem to signal another shift. Here they spend much of the album working within the framework of moody and minimal post-punk. However, once you dig a little deeper, you will begin to notice how each of their previous releases has helped build to this point where they finally have an album worthy of their reputation.

On a track like “Power,” one gets the trance-like repetition of krautrock in the rhythm section and the screech of the band’s garage days in fits and bursts of guitar.

“Ultra,” meanwhile, happens to be the most sinister track of 2013. Forget your fixation with summer jams, this is one to scare all the kids away from your bowl of candy on Halloween night. The words are mumbled with the menace of a stalker, with the phrase “If you go, I go” becoming more evil with each repeated threat. In the rhythm section, the band lock into the click and thump of a pair racing down a sidewalk, one in heels, one in boots. The rest of this sparse mix is occupied by spectral whirrs and whooshes. The net effect is an overwhelming fear of isolated cabins, creepy mansions, and Indian burial grounds, basically every place Hollywood hung its KEEP OUT sign during the ’70s and ’80s.

After, “Ultra,” the flip-side plays like a well-deserved victory lap. They can’t top the menace or the execution of Era’s highlight, but they can add on a dirty dirge of a ballad (“Era”), and two more very evil groove monsters in “Weird House” and “Elite Typical,” numbers whose franken-birth include significant pieces of Public Image’s early experiments in dub and post-punk.

Now, if only Disappears can be content with what they’ve wrought, they may finally get both the career and the recognition their promise has always teased. I, for one, am excited to see where Disappears can take it from here — Deeper, darker, even louder.