Warning: "continue" targeting switch is equivalent to "break". Did you mean to use "continue 2"? in /nfs/c06/h01/mnt/88637/domains/blog.irockcleveland.com/html/wp-includes/pomo/plural-forms.php on line 210
 I Rock Cleveland I Rock Cleveland | Tony Molina Rules, OK 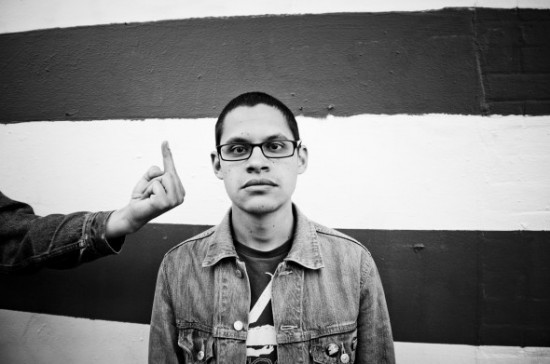 Tony Molina knows his guitar pop. His very short, and very sweet release Dissed and Dismissed is 12 songs and around 12 minutes short and sweet. In the process he hits on multiple guitar pop classics by incorporating the spontaneity of Guided by Voices, the aw-shucks ease of Evan Dando and the Lemonheads, and even the arena rock aspirations of early day Weezer when Rivers Cuomo was a geek, with a broken heart and a dream. The man has such a knack for the hook, that it’s damn near shocking to learn his other bands are hardcore. To hear Molina tell it, as he did to Spin’s David Bevan a couple months back, this all makes perfect sense:

I’ve been playing hardcore for as long as I’ve been writing pop music, since I was a kid,” he says. “But to me, hardcore is about being in a band, and pop’s more about writing and recording. I’m always going to want to try playing in a new hardcore band. But I also love the idea of trying to make something that gives you the feeling you get when you hear a Teenage Fanclub record. It’s rewarding — even if it’s just for myself — because I can take those songs to the studio and hear them back. I don’t know how to describe it, it’s just my favorite music. It’s perfect music, man.”

I know the feeling, my man. As trends come and go, the one thing stays constant during my listening hours is power pop. Or, to put it another way, and to quote Paul Westerberg, “I never travel far without a little Big Star.”

Tony Molina’s Dissed and Dismissed is out now on Melters Music. You can stream its short and sweet perfection below.

He also has an EP coming up on Matador Records through their Singles Going Home Alone singles club. That’s where you’ll find “Breakin’ Up.” Just be forewarned, it’ll set you back more money than the LP. You have to pay your dues before you join the club.