Warning: "continue" targeting switch is equivalent to "break". Did you mean to use "continue 2"? in /nfs/c06/h01/mnt/88637/domains/blog.irockcleveland.com/html/wp-includes/pomo/plural-forms.php on line 210
 I Rock Cleveland I Rock Cleveland | The Rockometer: Hesitation Marks by Nine Inch Nails 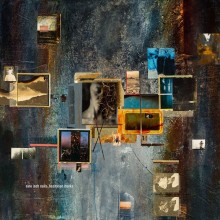 Expectations can be a bitch. Trent Reznor of Nine Inch Nails released his debut record, Pretty Hate Machine, way back in ’89. Five years later, The Downward Spiral would mark both an artistic and commercial peak for the industrial rocker. And while he hasn’t been able to reach the same heights as he did during Downward Spiral’s never ending tour, he has been steadily productive in the years leading up to Hesitation Marks with five albums under the Nine Inch Nails name, a couple film scores (most notably, the Oscar winning score for the Social Network), and one album and two EPs with the band he shares with his wife, How to Destroy Angels. All the while he has maintained his status as a culture icon to not only those who identified with his isolation and anger in the ’90s but also those who found a kindred spirit as Reznor experimented with different methods of promotion and distribution on the internet for his mid-to-late ’00s releases.

You see, to some, Reznor is still the rage he was when we has a 20-something. He’s now 46. To others, he’s the rebel against the man controlling the music industry. Hesitation Marks is not a free album, like 2008’s The Slip. It’s a major release on a new major label home, Columbia Records.

Consequently, it becomes understandable that some would scoff at Hesitation Marks’ practically upbeat, radio friendly unit shifter, “Everything.”

While others would lament the lack of aggression in down-tempo, heady electronic numbers like “Find My Way.”

If it isn’t clear to you yet that Trent Reznor is his own man, let me spell that our for you again. Your own expectations did not influence Trent Reznor and the making of Hesitation Marks. If he was aiming to please, Hesitation Marks would be a demented shredder like the Broken EP from ’92 and it would have been released free to the internet masses. Instead, he set out to make an album worthy of the name, Nine Inch Nails, and do so using the tools and methods available in 2013. Reznor is confident. He is sober. And, despite other opinions, Hesitation Marks is Nine Inch Nails’ most vital work in years.

The one-two punch of “Copy of A” and “Came Back Haunted” open the album with a more nuanced approach to rage. Gone are the 99 guitar track thrashings which marked Broken. In their place, Reznor uses minimal techno as a base then adds and peels away layer upon layer of bleeping and whizzing electronics. The dynamics are impressive, even more so on a proper hi-fi where the specially mastered vinyl edition accentuates the highs and lows. One minute it’s a quiet night at home with the stereo and the next you’re shaking the neighbors’ fine china.

The middle third of the album, specifically the tracks on the sides labeled 1b and 2a, have proven to be the most divisive. To some, the slower tempos and lack of big choruses are a signal Reznor has gone soft. I tend to take a different view. What if all of these minimal grooves had been recorded with the names of Johnny Greenwood and Thom Yorke attached to them? What if Reznor had brought in hot young things like Factory Floor as guest musicians instead of that old Lindsey Buckingham? Reznor’s minimal moments share much in common with the electronic approach Radiohead have taken since Kid A, and yet, only Radiohead get the praise parade. Reznor’s tracks have the benefit of identifiable structures and actual choruses, too. Take that, Mr. Yorke.

Thought experiments aside (and yes, I concede Hesitation Marks could benefit from being one or two tracks shorter), the closing of Hesitation Marks is unassailable. “In Two” pulls together Reznor’s cinematic ambitions witnessed both on his instrumental album, Ghosts, and his soundtrack work and the sharp electronics and dance beats of Pretty Hate Machine. For the ragers, there’s even some rage in the form of all-encompassing screech.

“While I’m Still Here,” meanwhile, is the minimal-techno Reznor at his best, as a chopped bass line and clean keyboard plinks lead an open mix where just tension, and not its release, is the big payoff.

Very few records garner universal praise. Even fewer deserve such status. Hesitation Marks may not be one of those records, but it is an honest and always engaging portrait of Trent Reznor in 2013. Elements of Pretty Hate Machine can be heard in the beats. While noted Reznor influence, Brian Eno, can be heard in Hesitation Marks more sweeping moments. Rage appears in bits and pieces, but it never comes off as either unhinged or gratuitous. Even the much derided “Everything” shows the marks of a studio wizard with its amazing sense of dynamics. If you call yourself a Trent Reznor fan and you can’t find anything to like on Hesitation Marks, then its time to find a new idol, one less based in reality and more in line with your own image of the man.