Warning: "continue" targeting switch is equivalent to "break". Did you mean to use "continue 2"? in /nfs/c06/h01/mnt/88637/domains/blog.irockcleveland.com/html/wp-includes/pomo/plural-forms.php on line 210
 I Rock Cleveland I Rock Cleveland | Riot Fest Sunday: Not the Replacements

Riot Fest Sunday: Not the Replacements 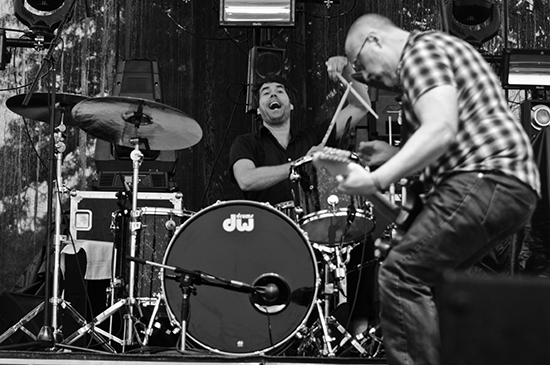 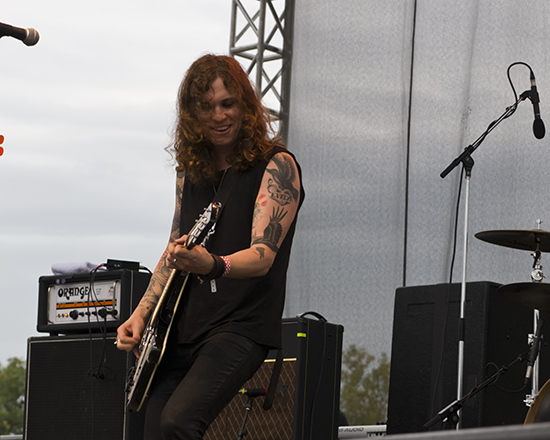 Don’t get me wrong. Against Me! and Laura Jane Grace have a captivating back story. Since announcing to the world that she was no longer Tom Gabel in 2012, Grace has become an inspiration to those not only in the punk community, but also the larger LGBT community. It took amazing courage for a public figure, like Grace, to change her life in such a dramatic way. She’s a hero to many. I just wish I could find as much inspiration in the anthemic, mid-tempo punk rock of Against Me! 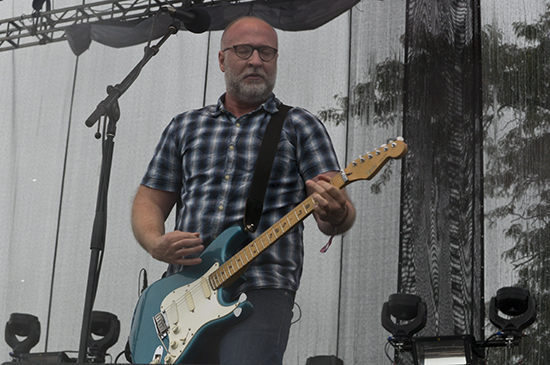 Oh, Bob Mould and his band were so on this Sunday afternoon on the Riot Stage. Mould may have looked like the responsible adult in his plaid shirt and intellectual issue glasses, shaved head and well-trimmed, grey beard, but once he and John Wurster on drums and Jason Narducy on bass found their groove they were fucking locked on it. Mould was spinning around the stage and ripping solos like a man half his age. Narducy bobbed and banged out a well-worn path on the opposite end of the stage. Sitting between the two, Wurster was a both a drum machine and a smile machine.

Yes, the band knew it. They had a killer set list on their hands. It included Sugar songs and their wall of sound power pop (“A Good Idea,” “Hoover Dam,” and “If I Can’t Change Your Mind”), recent solo cuts which sounded like Sugar songs (“Star Machine” and “The Descent”) and even some way back from the young and thrashing Husker Du days. Those who stood through the afternoon downpour were already jazzed from solo and Sugar part of Mould’s kinetic set, but those Husker Du tracks, the stone cold classics “Something I Learned Today,” “Flip Your Wig,” and “Makes No Sense At All” really got ’em buzzing. For real, Mould had that guitar of his set to ear damage and it was a pleasure to torture my future, likely deaf self. 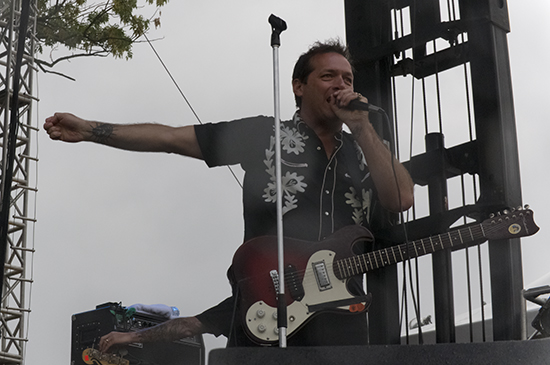 “Some times when you wanna play Rock ‘N’ Roll music, God whips out his dick and pisses all over you.” Jonh Reis of Rocket from the Crypt speaks the truth.

Early Sunday evening Rocket From the Crypt found themselves in the unenviable position of playing through a cold downpour four hours before The Replacements. Their mix of punk-inspired, muscle car rock should have been a real pleaser at a place like Riot Fest. Yet, the hand they were dealt meant they had to continuously coax responses out of the wet and weary crowd. The two dudes next to me didn’t need any help. They were like human tilt-a-whirls, spinning themselves in circles as they played air guitar and air drums. Everyone else seemed exceedingly content with their rain gear and umbrellas. 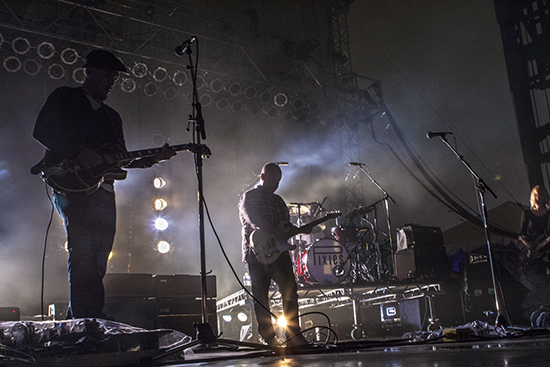 On any other night The Pixies would have been big enough to be a headliner. On Sunday night, that distinction went to The Replacements.

Eight o’clock on the last night of a festival is still a good slot, right? Those thousands of ‘Mats fans who stayed away during the rain had made their way in and they were ready to be entertained. They arrived during Brand New and AFI, all peppy and dry. Then, they stood for an hour with their hands around beers and looked bored. It may not have been Pixies night, but there was an opportunity here.

That opportunity was lost. For some, the sound was a problem. From mid-stage, mid-crowd, it was awfully thin. From the side, it was both thin and a jumbled, muddy mess. 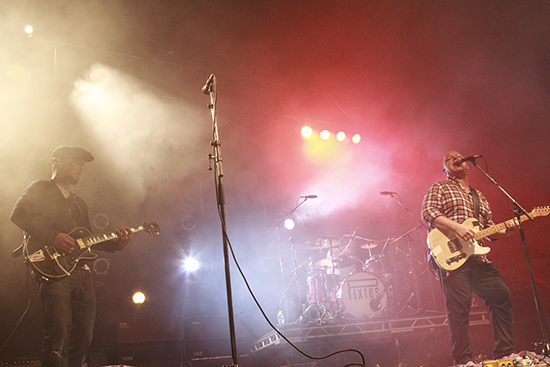 I had personally come across multiple dead spots on the festival grounds throughout the weekend. Dinosaur, Jr weren’t loud enough. FLAG had a thin mix, too. I had to wander a bit during Bob Mould until I found perfect sound, and I wasn’t more than 15 rows back. The Pixies had it the worst.

Compounding the sound issue, the band just didn’t seem that into it.  This Sunday night gig was business for the Pixies. There was zero excitement on that stage as they played new material. There was zero excitement on that stage when they played “Head On” and “Wave of Mutilation.” Now, I was the one who had two beers in their hands and a look of boredom on their face, impatiently waiting for the ‘Mats. 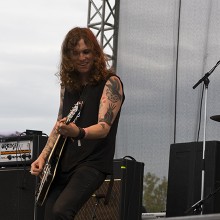 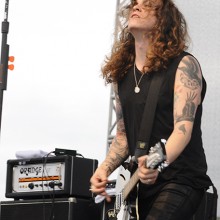 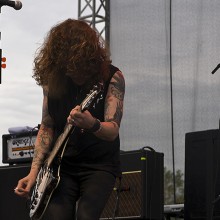 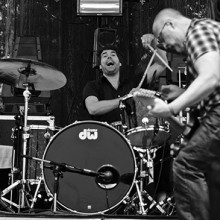 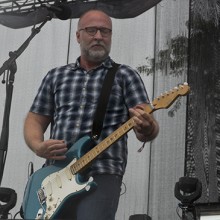 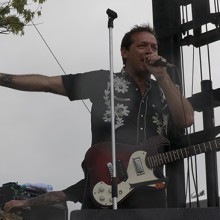 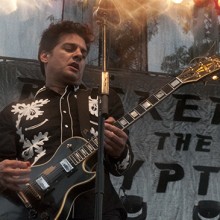 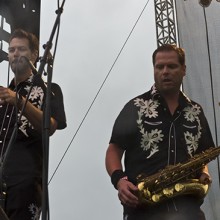 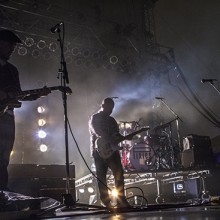 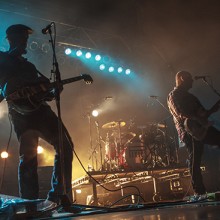 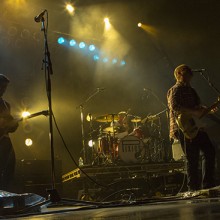 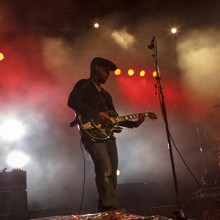 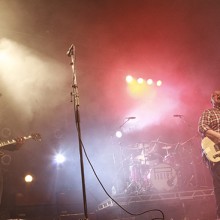 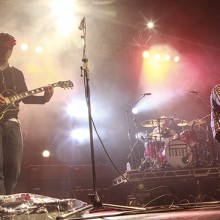