Warning: "continue" targeting switch is equivalent to "break". Did you mean to use "continue 2"? in /nfs/c06/h01/mnt/88637/domains/blog.irockcleveland.com/html/wp-includes/pomo/plural-forms.php on line 210
 I Rock Cleveland I Rock Cleveland | The Rockometer: Imitations by Mark Lanegan

The Rockometer: Imitations by Mark Lanegan 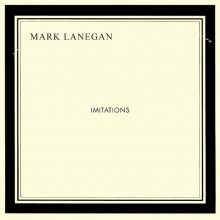 So, three men in flannel shirts and hi-tops, a Pearl Jam, a Nirvana, and a Soundgarden, walk into a hotel lounge. It’s 4 o’clock and all of the greys are taking advantage of the early bird special on steak and baked potato. On the stage, there’s a singer who looks vaguely familiar. He has long hair and a leathery face, but is otherwise dressed like this Holiday Inn gig is his lifeblood – black suit and tie and impeccably polished loafers. He’s backed by a similarly professional band, all sporting suits and ties with neatly styled hair. Their music is quiet and polite, as not to disturb the old folk during their night out. The smell of cheap meat and cheaper perfume fills the air.

Then the lounger singer opens his voice, it’s a stunning voice, well-worn and deep, comfortable and emotive. He’s your favorite jeans. He’s your god on Sunday. He’s singing “Mack the Knife.” The Pearl Jam immediately recognizes the man as Mark Lanegan from his Seattle days in the grunge scene. He walks up to the stage and punches the lounge singer in the balls.

Undaunted, the lounge singer continues with the James Bond theme, “You Only Live Twice.” The greys are more focused on their cheap eats than the music coming from the stage. The wait staff is not impressed with either the lounge singer or their lot in life. They stand one next to the other along the bar, all arms folded, and each face more dour than the one before it. Then, the Nirvana walks up to the stage and punches the lounge singer in the balls.

The only reaction from the lounge singer is a Marlboro cough and steely glare directed with laser-like focus on the three men who clearly don’t appreciate the classics. “Here’s one by Neil Sedaka,” says the lounge singer, and before he can even finish his introduction to the next song, the Soundgarden punches him in the balls. The lounge singer leaves the stage. He orders a shot, then a bottle of whiskey from the bar. The wait staff can’t be bothered to make way. The three men in flannel shirts and hi-tops leave the Holiday Inn lounge. They made their point.

Now, I’ll make mine. Mark Lanegan has such a voice that he can make “It’s a Small World” palpable. That doesn’t mean I’d want to listen to it more than once, and that for damn tootin’ don’t mean I’d want an album of standards. Imitations tests the patience of even this, self-avowed Lanegan fanatic. If you’re looking for a Lanegan fix, you’ll likely want to look elsewhere, like the album Black Pudding, released earlier this year by Lanegan and English guitarist, Duke Garwood. At least that one doesn’t evoke scenes of the Holiday Inn Lounge.