Warning: "continue" targeting switch is equivalent to "break". Did you mean to use "continue 2"? in /nfs/c06/h01/mnt/88637/domains/blog.irockcleveland.com/html/wp-includes/pomo/plural-forms.php on line 210
 I Rock Cleveland I Rock Cleveland | Play Me: “My Black Sabbath” by the Limiñanas

Play Me: “My Black Sabbath” by the Limiñanas 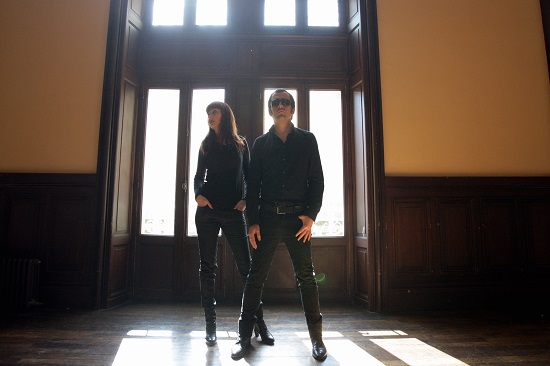 By being retro but not played out and danceable but not dumb, The Limiñanas, with their mix of French new wave and Velvets-educated psychedelic rock, have scratched an itch few new existed before the French duo began releasing records on Chicago underground garage labels Hozac and Trouble in Mind. “My Bloody Sabbath,” both picks up where their 2012 Hozac release, Crystal Anis, left off and expands on the duo’s repertoire. The minimal, repetitive groove, heavier on bass than guitar and drums, which serves as the track’s foundation should sound familiar, as should Marie Limiñana’s hushed vocals, which are sung freely in both English and French. Later, the duo’s expansion is announced via a spiritual string solo. It’s either a sitar played in the style of flamenco, or a flamenco guitar in tune with its Eastern roots. Whatever it is, it is a sophisticated way of saying, “We’ve arrived.”

Costa Blanca by The Limiñanas will be out November 19th on Trouble in Mind Records.