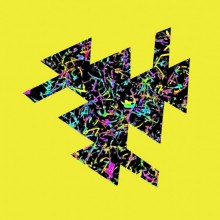 The time between first buzz and first full-length album was excruciatingly long (somewhere between two and three years depending on your side of The Atlantic) for those of us who had the opportunity to see those early,  explosive performances first hand. An electronic dance band on paper, the London trio acted more like a rock band on stage, one with an almost sadistic relationship with their fans.  First, they’d lock in to a intelligent groove on synthesizers and a live drum kit, one informed by dub, post-punk, minimal techno, or even industrial, and then, with little notice and even less care, crush that groove with fits of gnashing sonics. These breaks weren’t your stereotypical bass drops, mind you. Back in those days, Factory Floor preferred the rock band’s method of blasting out ear drums — feedback, reverb, and echo, all pushed to their limits. Their message was clear, you can dance to this, but it’s going to be on our terms and at your own risk.SS

Sadly, that band doesn’t exist any more. On their DFA Records debut, Factory Floor have all but ditched the human element of their music for an unerring, robotic approach, one still keen on showcasing their influences, but also one no longer approachable to those outside of the musical obsessive crowd. Songs like “Two Different Ways” and “Fall Back” are too content with themselves, relying too heavily on slight variations and randomized embellishments to ever reach the same height of their live performances.

It’s as if all of their work has been reduced to a series of check boxes. Jamaican Sound Systems and The Clash’s Sandinista? Check and check.

As cliche as it may be for a rock writer to criticize an electronic musician for an apparent lack of human qualities, in the case of Factory Floor, the accusation is well backed. At some point between first buzz and first album they made the conscious decision to be anonymous. They’re the ones who chose perfection over character. They chose routine over rattling cages. Factory Floor have earned this robot tag.