Warning: "continue" targeting switch is equivalent to "break". Did you mean to use "continue 2"? in /nfs/c06/h01/mnt/88637/domains/blog.irockcleveland.com/html/wp-includes/pomo/plural-forms.php on line 210
 I Rock Cleveland I Rock Cleveland | Play Me: “Falling Down the Stairs” by Blank Realm

Play Me: “Falling Down the Stairs” by Blank Realm 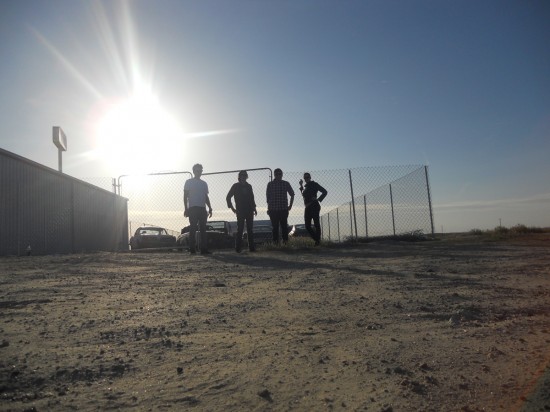 By being true to their idols, but not imitating them, Blank Realm’s 2012 Release, Get Easy, was a handbook on how to make a modern punk record. None of their methods were wholly original. One could easily pick out bits of The Buzzcocks, Television, Talking Heads, or Sonic Youth. There were moments of damaged and deranged new wave and ’77 punk spliced with ’80s New York City noise. Everything sounded vaguely familiar, yet striking and new.

Listen to “Cleaning Up My Mess” and “Pendulum Swing” and you’ll see what I mean.

“Falling Down the Stairs,” the first track to be heard from their forthcoming 2014 release, Grassed Inn, continues the Blank Realm tradition of inaccurately remembering the oldies, and this time, there’s a decided Kiwi pop spin. For the first half of the track, they play things relatively straight with keyboards and guitars both accented on the beat. Later, it all becomes a swirl with multiple melodies fighting, not complementing each other, in a San Francisco style freak out. Like the best of Blank Realm, it’s both familiar and new.