Warning: "continue" targeting switch is equivalent to "break". Did you mean to use "continue 2"? in /nfs/c06/h01/mnt/88637/domains/blog.irockcleveland.com/html/wp-includes/pomo/plural-forms.php on line 210
 I Rock Cleveland I Rock Cleveland | In Praise of Lou Reed’s Artistry (And His Dickishness)

In Praise of Lou Reed’s Artistry (And His Dickishness) 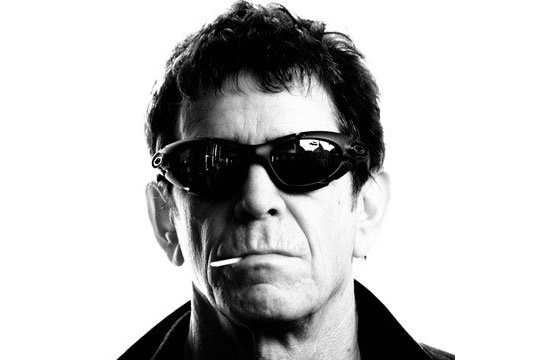 The brilliance of Lou Reed was one was never quite sure whether he was being sincere or being a troll. He was both an urban poet without peer, a man who brought uncensored realism to records, and an unreliable narrator, in the literary sense, one whose words and music were always open to a world of possibilities.

Reed was sincere with the Velvet Underground, and no one “got” them when they were active. All of the praise came after the fact, ten, even twenty years after VU broke up.

Today, of course, the Velvet Underground is noted as the first alternative rock band, the band who spawned thousands of other bands by those who bought their records and those who claim to have been at their shows.

There was a time when Reed tried to play the music industry game. Loaded, the Velvet Underground’s final record, was named after the label’s request to deliver an album “loaded with hits.” “Rock ‘N’ Roll” and “Sweet Jane” were two of the finest pop moments in the VU catalog, and perhaps, the last time Reed ever compromised his artistic vision. He quit the band the moment recording was done.

Even Reed’s ’70s material, with the possible exception of his one hit, “Walk on the Wild Side,” received a mostly delayed appreciation. It took years for songs like “Perfect Day” to regularly appear in movies and video game ads.

In fact, Lou Reed’s entire career can be read as a reaction to the indifference the Velvet Underground initially received from both fans and the industry. By the time culture caught up with Reed, and he had capital from VU, he was going to use that capital as he damn well pleased. Often times that meant Reed purposefully clashing with those who supported his endeavors.

Reed’s combativeness continued up until his last release. Upon hearing Reed’s Lulu collaboration with Metallica, the first thought many had was, “This is shit.” The second thought, by those who had followed Reed’s career closely throughout the years was, “Did Lou troll us with this shit?”

This, of course, was the same man who released Metal Machine Music, far from the only questionable work in his discography. One of the few sympathetic ears to its largely unlistenable industrial grind was noted critic, Lester Bangs, who wrote, “As classical music it adds nothing to a genre that may well be depleted. As rock ‘n’ roll it’s interesting garage electronic rock ‘n’ roll. As a statement it’s great, as a giant FUCK YOU it shows integrity—a sick, twisted, dunced-out, malevolent, perverted, psychopathic integrity, but integrity nevertheless.”

Rolling Stone’s obituary of Reed is filled with similar moments.

On his guitar style<, Reed is quoted as saying/a>: “One chord is fine. Two chords are pushing it. Three chords and you’re into jazz.”

To Lester Bangs, on his divisive discography: “My bullshit is worth more than other people’s diamonds.”

Other times, the obituary was too kind. Calling 1978’s live album, Take No Prisoners, a kind of comedy album, was a stretch of the dictionary definition of the word comedy. If there was a joke to be had, it was on the listener.

On take no prisoners, Reed was mean, not funny. He had no focus and didn’t seem particularly interested in performing, either. He did enjoy the sound of his own voice. That’s something, I suppose.

If reaching the end of Take No Prisoners was a merit badge for Lou Reed fans, then the second badge was earned when you turned around and traded that album back in. You see, contrary to Reed’s own claims, his bullshit was often just bullshit, impervious to contemplation.

Loving Lou Reed means going back to the record store and trying again and finding ten minutes of the most powerful shit ever put to record. Rock ‘N’ Roll Animal is the live Lou Reed album you need.

Loving Lou Reed also means being content enough to not push your luck. If the record has a sticker affixed and that sticker reads, “One of Reed’s worst,” believe the record seller. Instead of Metal Machine Music or other lowlights like Rock ‘N’ Roll Heart, head for Transformer and Street Hassle.

Well, I’ll at least recommend the title track from Street Hassle. You see, I’m not sure I’ve ever listened to the entirety of Street Hassle, the album, because I don’t want to spoil those sublime minutes of the title track with Reed’s trademark bullshit. Its story of drugs and overdoses and people more concerned with their own skin than their fellow man, is as gritty as the old New York City got. The music itself, in stark contrast to those bleak city scenes, is elegantly arranged. The string melody is one you’ll never forget.

Whether Lou Reed’s experiments were indeed experiments, or bullshit on disc, whether we missed the point, or Reed fooled us into thinking there was ever a point, one cannot question his integrity. Lou Reed made the music he wanted to make. Sometimes it was brilliant.

Rest in Peace, or with hookers and drugs and street thugs, whatever your soul needs.