Warning: "continue" targeting switch is equivalent to "break". Did you mean to use "continue 2"? in /nfs/c06/h01/mnt/88637/domains/blog.irockcleveland.com/html/wp-includes/pomo/plural-forms.php on line 210
 I Rock Cleveland I Rock Cleveland | The Rockometer: Reflektor by Arcade Fire

The Rockometer: Reflektor by Arcade Fire 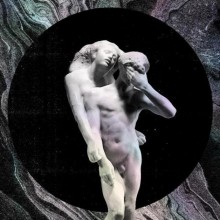 If you were to ask for my opinion on Arcade Fire as recently as two months ago, you would have gotten a reply like, “A bunch of self-important assholes whose clumsy and bloated anthems make U2 sound subtle by comparison. ” Yes, I’m proud of that line. It makes me sound like one of those bitter old critics who’s only impressed by his own wit.

My stance against the grammy-winning, Canadian band softened once I heard “Reflektor,” the title track to their fourth album.

For the Reflektor sessions they brought in producer James Murphy (LCD Soundsystem) and dedicated themselves to reinvention. And while some have contended the move to electronic music has a been-there-done-that feel for rock bands (see Talking Heads, U2, Coldplay, The Rolling Stones…), a tried and true shortcut to populism, from the point of view of someone who couldn’t stand the pompousness of the band’s previous two albums, it largely works.

Look, to undergo a such a radical transformation from arena rock band big on arena rock cliches (emotion and more emotion, guitar and more guitar and more strings, keyboards, and any other thing to make the sound bigger) to a sleeker, more subtle outfit before bottoming out is a risky move. Arcade Fire could have continued down the same path as Neon Bible and The Suburbs and they could have continued to sell out Madison Square Garden in seconds, instead, they brought in an outsider in Murphy, one with a radically different approach to music, one where tone, texture, and rhythm matters.

All of this could have gone horribly wrong. The title track and its silky bass lines and tasteful strings recalls Blondie’s date with disco on “Rapture.” It’s brought into the 21st Century with a near constant tinkering with the lead melody, more of a cut and paste job, than the lengthy samples of the ’70s and ’80s. On “Flashbulb Eyes,” Murphy is The Mad Professor, the dub pioneer.

“Here Comes the Night Time,” is one singer away from the urban, world-beat of noted dance producer, Diplo. Here, the unthinkable happens. The previously proper and somber band, unbuttoned not one button on their black shirts, but two and three. They danced, awkwardly and embarrassed at first, then awkwardly, but joyful and full of fire like the locals at Carnivale.

Later, the slick bass and hushed vocals of “We Exist,” suggest ’80s pop hits like Michael Jackson’s “Bille Jean” and Madonna’s “Like a Virgin.” “You Already Know” combines the jangly, guitar melodies of The Smiths with flashes of dub. “Joan of Arc,” pushes aside the beat for a healthy dose of guitar screech. In other words, nothing on the first half of Reflektor is by the band you used to know.

How much credit goes to the band and how much credit goes to the producer is difficult to discern. The ears hear Murphy’s cultural tourism all over the album. Remember, this is a man whose early single, “I’m Losing My Edge,” was a self-mocking list of every important band ever, every pop band, every punk band, every electronic, hip-hop, and dance band ever worth knowing. On the other hand, Win Butler owned the idea in interviews that Reflektor was designed to be a mash-up of Studio 54 and Haitian voodoo, a place where ABBA and the Sex Pistols can coexist. The band brought the songs to Murphy and Murphy tapped his toes.

“Awful Sound (On Eurydice)” is definitely Arcade Fire’s doing. It’s the one song  on Reflektor where the old Arcade Fire’s penchant for hammy emotion comes to the forefront. “Hey Orpheus” is likely a split. The dark, propulsive beat could have been lifted from an LCD Soundsystem album, but I can’t, for the life of me, picture Murphy shouting “Hey Orpheus!”

Personally, I like to think Murphy saved the Arcade Fire from themselves. For once, I picture a band free of the burden of being an important band, a band who’ve allowed themselves to have, gasp, fun at their job.