Warning: "continue" targeting switch is equivalent to "break". Did you mean to use "continue 2"? in /nfs/c06/h01/mnt/88637/domains/blog.irockcleveland.com/html/wp-includes/pomo/plural-forms.php on line 210
 I Rock Cleveland I Rock Cleveland | Play Me: “Molecule” by Obnox

Play Me: “Molecule” by Obnox 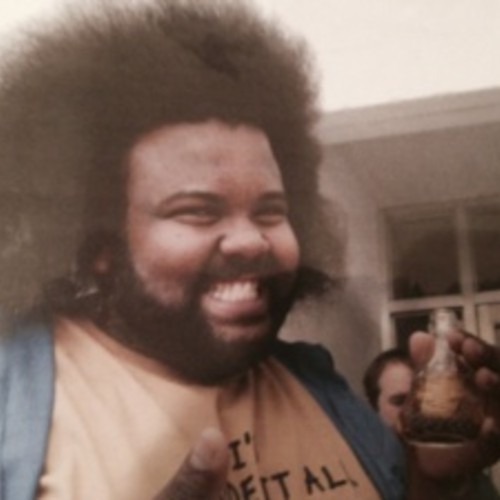 Did you come here looking for the Obnox Appreciation Association? If so, you’re in the right place. No one, and I mean no one, is doing more exciting things within the supposedly tired genre of Rock ‘N’ Roll than Cleveland’s Bim Thomas, aka Obnox. “Molecule,” is just the latest example of his forward-thinking work.

At first, Obnox was an outlet for lo-fi, nasty garage punk. Corrupt Free Enterprise, Thomas’ latest release, added elements of soul and hip-hop. “Molecule” is something else.

The lead riff, when combined with those squelchy noisemakers, calls to mind early Detroit techno. Think “No UFOs” and that album the Dirtbombs made where they covered Detroit techno classics, but forget about being true to the source. Obnox rips it up and writes his own script. He sings like an angry robot and that groove is his theme of destruction.

Rock and hip hop, and rock and techno, don’t always mesh. That’s my udnerstatement of the day. Most times, these misguided mash-ups head for the lowest common denominator and are painful for the listener. Clunky beats? Check. Weak rhymes? Check. Lifted riff from the Def Leppard outtake pile? Check and we have a hit, bros.