Warning: "continue" targeting switch is equivalent to "break". Did you mean to use "continue 2"? in /nfs/c06/h01/mnt/88637/domains/blog.irockcleveland.com/html/wp-includes/pomo/plural-forms.php on line 210
 I Rock Cleveland I Rock Cleveland | Play Me: “Love Is Not Allowed” by Gap Dream

Play Me: “Love Is Not Allowed” by Gap Dream 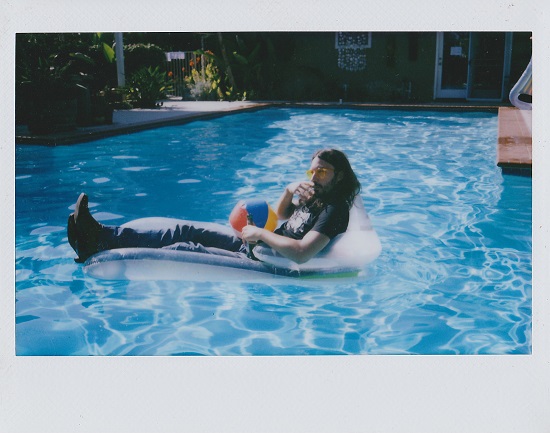 One sheets are for writers who have nothing to say. That’s what I’ve always said.

Yet, something struck me about Gabe Fulvimar’s personal account on the making of his new album, Shine Your Light (11/26 on Burger Records). I’ve heard the musical growth it speaks of, from someone who seemed to have stumbled upon a good groove in his bedroom studio, like Stephen Malkmus standing in front of a table of synthesizers, to a fuller, more vivid sound. And I’ve seen the personal growth, too. He was a confident and gracious performer and he absolutely owned The Happy Dog the last time he was back in his hometown. Why not let him tell that story about moving from Cleveland to California, and his own maturation as an artist in his own words? Besides, he uses way more exclamation points than me.

I moved to Fullerton, California on December 1st, 2012. I moved for many reasons. I was sick of Ohio weather, I was tired of the life I was living, I was sick of bussing tables and ducking the landlord because my rent was way overdue.

The main reason I moved, though, is that I was invited to come live at Burger Records. You can’t really pass an invitation like that up.

One night, in December of 2012, I decided to start working on the next Gap Dream record. I had been loosely speaking with Bobby Harlow about possibly recording and producing this record. I have a lot of respect for Bobby, discovering his music in 2010 when Lee from Burger Records came to Cleveland, Ohio on the Burger Caravan of Stars tour. That night, I was introduced to a band Bobby is in called Conspiracy of Owls. This would also be my first introduction to Burger Records. This night would change my life forever.

Like I said, Bobby and I were loosely talking about doing this new Gap Dream album together. Apparently, I had made up my mind that he had no choice and he actually didn’t realize this until he heard me say it on an episode of BRGRTV. He called me the next day.

“Send me some demos and we’ll record this in a studio!!! You need to sound like you do live!!!,” Bobby said on the phone. I sent him some demos, then he said: “These aren’t demos!!! Just record like you do and send me the tracks. I’ll mix it and we’ll produce it together!!! WE NEED TO PRESERVE YOUR SOUND!!!”

I told Lee and Sean that I was going to be working with Bobby. They were stoked. It came up that I needed new equipment though. Sean said, “Whatever you need.” He didn’t even flinch when the cashier told him the price. Burger has my back.

Bobby liked how I did the drums. They sounded kinda real but had a mechanical aspect. They were sequenced drum samples being played by a heartless computer. I tried very hard to hide them on the first record. I was embarrassed of using a computer to record.

The songs started to sound different from the first batch. I’d record them using my old method, but I had a better microphone this time and a better interface for my computer. I didn’t have to use the built-in mic on my laptop for the vocals any longer and the new interface allowed me to capture the guitar parts better. I could finally lose the reverb.

I’d record the songs here at Burger and send them to Bobby over the Internet. They’d come back grittier and stronger. More focused, but also more fucked up. They were darker reflections of themselves. It was like suddenly stumbling upon a version of myself that grew up in an alternate universe. We referred to this process as “putting them in the Pet Sematary.”

We were definitely not preserving any sort of previously existing sound. We were making a new sound for Gap Dream. The tempos are faster. The synths are louder. The drum machine is up-front and relentless. The rhythms are full of life, strict, and very apparent. I’ve wanted to make a record like this my whole life.

From December of 2012 to April of 2013, I made a new Gap Dream album with Bobby Harlow from The GO and Conspiracy of Owls. I made this album in a dark storage unit that’s filled with new and used LPs. I broke a glitter lamp in there once and now there’s glitter all over the floor. I still find pieces of glitter on myself periodically. I made this album at Burger Records. The album is titled Shine Your Light. It comes out on Burger Records on 11/26/13. It has a holographic cover with artwork by M. Wartella. I want it to do well.

I hope you can dig. 😉
Love,
Gabriel Fulvimar
Gap Dream

Shine Your Light will be out 11/26 on Burger Records. Pre-orders are now live. Photo by Steele O’Neal.