Warning: "continue" targeting switch is equivalent to "break". Did you mean to use "continue 2"? in /nfs/c06/h01/mnt/88637/domains/blog.irockcleveland.com/html/wp-includes/pomo/plural-forms.php on line 210
 I Rock Cleveland I Rock Cleveland | Play Me: “Stacking Spheres” and “Profile of Woman in Silk Hood” by Trouble Books

Play Me: “Stacking Spheres” and “Profile of Woman in Silk Hood” by Trouble Books 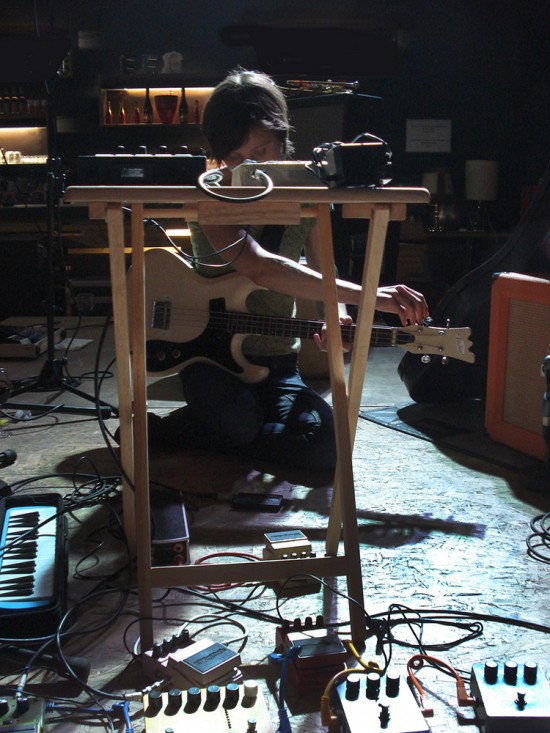 The Akron ambient/electronic music duo Trouble Books are two of the most unassuming musicians in Northeast, Ohio. Personally, I’ve seen the husband-and-wife duo of Keith Freund and Linda Lejsovka perform sitting on the sidewalk in front of a record store, sitting on the floor of a gallery, and more or less, appearing out of nowhere in a sparsely populated barroom on an actual stage. Think about it. It’s kinda hard to be invisible in a venue with 20 or 30 people in it.

Considering the source, The recent announcement of Trouble Books new album, Love at Dusk, was brilliant in their own, pay no attention to us, kind of way. This morning I received an email that read something like, “Hey, it’s Keith from Trouble Books. Don’t worry this isn’t a promo list, but you bought something from me before and maybe you’d like to buy our new album, too. You can listen to a couple songs first.”

If I didn’t know the source, I’d say that was the worst pitch ever. But that’s the thing with Trouble Books, not only do they go out of their way to avoid attention, but they are a really sincere couple, too. I imagine Freund was personally bothered by even having to write an email announcing his album to people already interested in their music

Those qualities, sincere and unassuming, are evident in the two songs we’re featuring today. Both were recorded while Lejsovka was pregnant with the duo’s first child. One could use that bit of info to infer all sorts of critical jibber-jabber  like the slight, bubbling melody of “Stacking Spheres” emulating the wobble a baby may hear in the womb while the lighter and longer counter melody representing life outside, just outside its reach. That would be ignoring the duo’s entire recorded history. Like much of their back catalog, “Stacking Spheres,” shows a care and devotion to both the craft of music making and making relationships work.

“Profile of Woman in Silk Hood,” meanwhile, recalls new-age pop of the late ’80s, early ’90s, before trip-hop was a thing. The beat is a simple one, hip-hop at its most basic — A tap of the snare and a clap track. Lejsovka’s vocals are hushed, almost spoken. When combined with a lush, synthetic organ melody, it becomes your own moment of zen.

There’s a new Trouble Books album on the way. You can buy it, if you want, by following this link to Bark and Hiss records. Keith and Linda would like that.