Warning: "continue" targeting switch is equivalent to "break". Did you mean to use "continue 2"? in /nfs/c06/h01/mnt/88637/domains/blog.irockcleveland.com/html/wp-includes/pomo/plural-forms.php on line 210
 I Rock Cleveland I Rock Cleveland | A Jam Packed Wednesday with EMA, Mogwai, The War on Drugs and Guided by Voices

A Jam Packed Wednesday with EMA, Mogwai, The War on Drugs and Guided by Voices 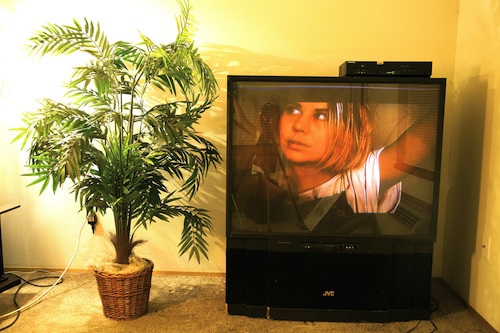 As a fan, someone who’s been following Erika Anderson’s career back to the days when she was a member of Gowns,  I couldn’t be happier with the recent news of EMA signing on to Matador Records for the release her new album, The Future’s Void, in early 2014. I had a chance to meet Anderson before a Gowns’ show at Pat’s in the Flats, during the time that band was winding down, and I was immediately struck by both her kindness and genuineness.  You know what they say about first impressions. My first impression of Anderson was, “She’s one of the good one’s, not just a good musician, but a good person.”

It wasn’t until 2011 and Post-Life Martyred Saints, her first album under EMA, that she began to gain wider notice in the underground. Anyone who heard that album can tell you why. Anderson is the rare musician in the ambient/drone/experimental world who adds hooks to her music. Most are satisfied with cool sounds caught on tape. Anderson doesn’t stop until there’s either a gripping melody or a strong narrative. Her breakthrough single, “California,” would be the prime example of her skill. The same holds true with her latest track, “Satellite.”

Mogwai release cycles are like the movie Groundhog’s Day to me. Every time there’s a preview track that gets me stoked — This is the album where Mogwai do something different with the soft-loud-soft instrumental rock they’ve been making for 15+ years. Then, I get the album and it doesn’t quite live up to my expectations. This one is going to be different! Rave Tapes is going to be my new go-to Mogwai album, and this is my proof.

Of all the weirdo blues coming out of Philadelphia (see Kurt Vile, Purling Hiss, Birds of Maya), The War on Drugs are the one act with the strongest pop melodies. If they weren’t connected to those other Philadelphia bands by geography, one could make the case that The War on Drugs principal, Adam Granduciel, was continuing the legacy of Wilco’s breakthrough album, Yankee Hotel Foxtrot. Honestly, that’s not bad company to keep, either, as you can hear echoes of both Wilco and Granduciel’s weirdo Philadelphia neighbors on “Red Eyes,” the first track to be released from the band’s 2014 release, Lost in the Dream (Secretly Candadian 3/18).

“The Littlest League Possible” is Uncle Bob being Bob, cramming the biggest pop hooks in the smallest space possible. And while it may clock in at just one minute and eighteen seconds, and cut out just as it is about to get huge, GBV fans wouldn’t have their guitar pop any other way. Besides, there’s another 19 tracks to be had on Motivational Jumpsuit (out 2.18 on GBV Inc.) and there’s guaranteed to be more nuggets just like this one. Hell, some of those other tracks may even run for two minutes, maybe three.