Warning: "continue" targeting switch is equivalent to "break". Did you mean to use "continue 2"? in /nfs/c06/h01/mnt/88637/domains/blog.irockcleveland.com/html/wp-includes/pomo/plural-forms.php on line 210
 I Rock Cleveland I Rock Cleveland | Jam Packed Wednesday featuring The Men, The Pixies, Girl Band, Black Lips and Damaged Bug 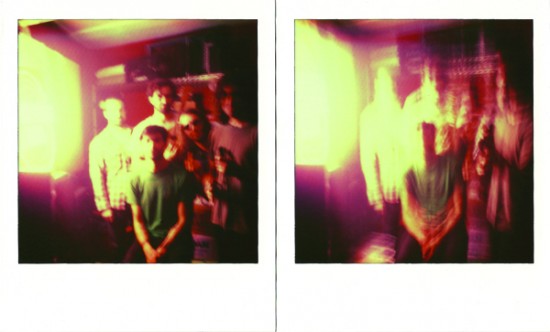 Around the time of their 2011 release, Leave Home, The Men were being grouped into a scuzz rock revival with bands like Pop. 1280, a movement whose music education began with ’90s AmRep Records and ended with Touch and Go. You may even remember reading something about Pig Fuck. That wasn’t my term.

Over the course of subsequent albums like 2012’s Open Your Heart and 2013’s New Moon, the Brooklyn group evolved into more of an all-purpose rock band. Some of the old snarl and aggression was there, but you were just as likely to read comparisons to Tom Petty and The Herartbreakers as you were to read mentions of the classic Johnny Thunders punk outfit, The Heartbreakers.

That evolution continues on Pearly Gates, the first track from their 2014 release, Tomorrow’s Hits (3.4.14 Sacred Bones). Here, they’re in full-on, bar-rock band mode, as a healthy dose of that old ramble-tamble is added to the mix, resulting in a jam whose bloodline includes both the Southern choogle of CCR and the abstract blues of the Numbers band.  Note: The Men will be in town 4.10 for a show at the Happy Dog and will also be a part of this year’s Nelsonville Music Festival on 5.30.

First thought upon hearing another new Pixies track: Well now, the opening riff  ain’t too bad. I can see this one ripping live. Second thought: But why do all of these new Pixies tracks have to sound like a stiffer, clunkier version of the classic band.

Frank Black still hasn’t figured out how to record under the Pixies name with the same urgency which fueled his band’s esteemed catalog. Plenty of men shred into their later years. Others mellow out and remain relevant. Going through the paces, however, isn’t a viable option. Until Frank Black figures out what he wants out of The Pixies in the studio, these new EPs will remain die-hard only.

Maybe all Frank Black needs to get his groove back is to listen to Girl Band. These relative unknowns from Ireland have a new track in “Lawman” that is unhinged, unpredictable, noisy and fun. It’s what The Pixies used to be right up to the tail end of 2013 when Black began recording with his old band again. Plus, those crunchy electronics, the ones which sound as if they were stomped on with steel-toed boots, provide an exciting update to the too often staid style of soft-loud-soft indie rock.

Isn’t about time for the Black Lips’ enablers at Vice to send the boys on another adventure? Rodman’s got North Korea covered, and they’ve already been chased out of India. What if they sent thems to some place in the Middle East, or Africa. I imagine their  stage(d) antics would be good for some headlines in a poorer part of the world. Even a fake controversy would be more exciting than this:

Rock musicians can be their own worst enemies at times. They get into these stifled ways of thinking, whether it’s on their own or due to band dynamics which don’t allow free expression, where they hold back their own creativity because a song doesn’t fit into the notion of what the band should sound like. I’m not saying that’s the case with John Dwyer and his long-running freakazoid psych rock outfit, Thee Oh Sees, but the minimal electro pop of “Eggs at Night,” the first track as this new solo project Damaged Bug, indicates he had even more far-out ideas than those that made it to wax with the full band.