Warning: "continue" targeting switch is equivalent to "break". Did you mean to use "continue 2"? in /nfs/c06/h01/mnt/88637/domains/blog.irockcleveland.com/html/wp-includes/pomo/plural-forms.php on line 210
 I Rock Cleveland I Rock Cleveland | The Rockometer: Down on the Farm/Cosmic Psychos/Do the Hack by Cosmic Psychos 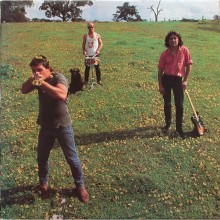 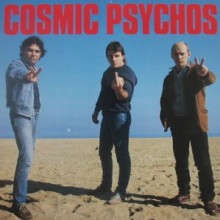 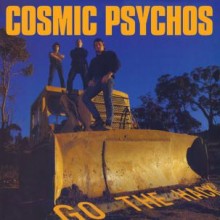 Never heard of Cosmic Pshychos? Were you born yesterday? It says right there on the Wikipedia that Cosmic Psychos were one of the Godfathers of Grunge, along with Screaming Trees, Melvins, Mudhoney, U-Men, Skin Yard, Soundgarden, Green River and Malfunkshun.

Granted, until Goner Records reissued the first three Cosmic Psychos Records — Down on the Farm (1985), Cosmic Psychos (1987) and Do the Hack (1989), last fall, I hadn’t heard of ’em either. Furthermore, I wasn’t until I visited my rock consultant at Hausfrau Records a couple weeks back and I was assured, yes, I’d dig these releases, that I got to learning.

Cosmic Psychos did have influential fans in the States in Eddie Vedder, Mudhoney, the Melvins, L7 (who had a split single with the band) and Sub Pop Records who released Do the Hack in 1990. When you drop the needle on Down on the Farm, you can see why.

This was a band who was more in tune with punk rock than their Seattle peers. Their music had a bruising low-end and the guitars had two settings — high fuzz and higher fuzz. The tempos were relentless. Each LP side provides an extended look into the hard-living ways of these Australian rockers. There were songs about heavy construction equipment, songs about girls and songs about what the Psychos are up to when they aren’t moving earth or charming the ladies, usually boozing around town and chasing more ladies.

If feedtime, another Australian band from the era to get the recent reissue treatment (see Sub Pop’s Aberrant Years box set from 2012) were Australia’s precursor to Mudhoney, then the Psychos were the more contemporary answer to Mudhoney. Their offbeat humor is captured on the covers of each record. Down on the Farm is remastered with “Beef, booze and topsoil.” The self-titled record includes, “Extra balls, grunt and hair loss.” While Do the Hack has, “Extra gravel and diesel.” Their humor extends to the actual songs, too. “David Lee Roth” isn’t a rock star tribute. Instead, the band covets the caricature of American Rock ‘N’ Roll, the tight pants, the flowing hair and the giant 20″ cocks.

While these three reissues convincingly state the case for reconsidering Australian underground guitar rock from the grunge era, they also go a long way in explaining why these self-described “yobs” never reached the second tier of grunge star status in the States. Over the course of three records, they really only recorded two songs. The hard-driving rock number and the hard-driving rock number with a guitar solo like Hendrix tweaked out on amphetamines. That’s where the cosmic part comes in, by the way.

One Cosmic Psycho record will be enough for most. You’ll learn. You’ll now know why they deserve Godfather of Grunge status. Two of the three will do it for both the serious rocker and the student of rock music. Do you need all three? Well, that depends on how much you like your guitars, women, and booze. Some of us can’t get enough.