Warning: "continue" targeting switch is equivalent to "break". Did you mean to use "continue 2"? in /nfs/c06/h01/mnt/88637/domains/blog.irockcleveland.com/html/wp-includes/pomo/plural-forms.php on line 210
 I Rock Cleveland I Rock Cleveland | A Jam Packed Friday with The Hold Steady, OFF!, and Krill

A Jam Packed Friday with The Hold Steady, OFF!, and Krill 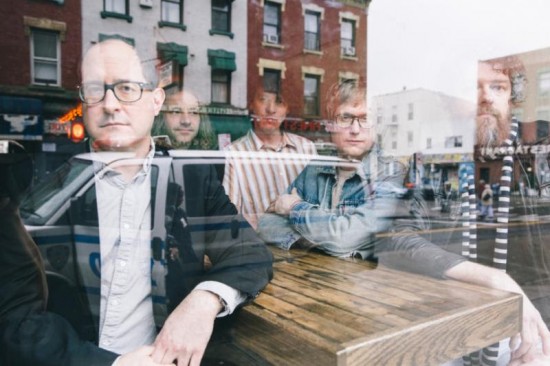 “I Hope This Whole Thing Doesn’t Frighten You,” is another rock anthem, but not exactly the one you’re used to hearing from the Hold Steady. The first single from their sixth album (Teeth Dreams out 3.25 on Washing Square) has its share of ne’er-do-wells doing those things your mother would not approve of, but it’s not as obvious as much of their latter work. Instead of rising to a beer-spilling bro orgy, the chorus takes a darker, more sinister turn, one more in-line with this dark and despairing burner. The Hold Steady will be in Cleveland for a show at the Beachland Ballroom on February 1st. I’ll be your dj in the tavern, before, between, and after in the main room.

With that whole FLAG vs Black Flag debacle behind us, hopefully for good, we can now talk about the hardcore vets and new music. OFF!’s “Void You Out,” is exactly what you’ve come to expect from the Keith Morris led band — short, loud, fast and more raw guitar riffage per ounce when compared to today’s leading rock bands. OFF!’s second album, titled Wasted Years, will be released 4.8 on Vice Records.

With the nerds now in control of our tv sets and our movie screens, it was only a matter of time before they set their sights on Rock ‘N’ Roll, too. Granted, some of you will see the name of this jam by Krill and see it’s called, “Turd” and dismiss me and the band out of hand. Give it a chance and you’ll see what I’m getting at hear. Krill aren’t about fashion. They know more than three chords. And in spite of it’s name, it’s filled with the kind of intricate guitar work that was once the primary domain of underground rock bands. Built to Spill would be a fair comparison. Krill’s 10″ EP, Steve Hears Pile in Malden and Bursts into Tears will be released 2.18 on Exploding in Sound Records and is available for pre-order now via the band’s bandcamp page.

Photo of the Hold Steady by Danny Clinch