Warning: "continue" targeting switch is equivalent to "break". Did you mean to use "continue 2"? in /nfs/c06/h01/mnt/88637/domains/blog.irockcleveland.com/html/wp-includes/pomo/plural-forms.php on line 210
 I Rock Cleveland I Rock Cleveland | Play Me: “I’m Not Part of Me” by Cloud Nothings

Play Me: “I’m Not Part of Me” by Cloud Nothings 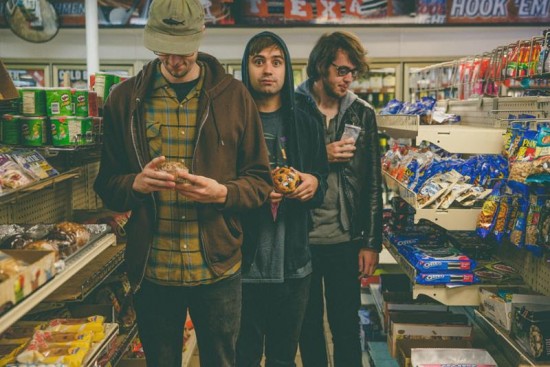 In a sense, “I’m Not Part of Me,” feels out of order. With 2012’s Attack on Memory, Cleveland’s Cloud Nothings made a huge leap forward from their humble beginnings as a bedroom pop project of singer/guitarist Dylan Baldi. Here, they were a fully-formed rock band, with a heavy guitar-based sound, one which payed homage to classic ’90s indie rock bands on labels like Chicago’s Touch and Go Records and Seattle’s Sub Pop. They had solos, too, really, really long solos, during their live shows supporting Attack on Memory.

“I’m Not Part of Me,” from the band’s upcoming 2014 record (Here and Nowhere Else out 4.1 on Carpark Records/Mom+Pop Music), bridges the gap between Cloud Nothings humble beginnings and Attack on Memory’s guitar hero aspirations. The strong vocal melody is one which would have worked equally as well during the band’s early days. At the same time, an audible guitar screech can be heard throughout the song. It is the Cloud Nothings’ missing link and a fine example of what these Cleveland rockers are capable of when they play within their strengths.