Warning: "continue" targeting switch is equivalent to "break". Did you mean to use "continue 2"? in /nfs/c06/h01/mnt/88637/domains/blog.irockcleveland.com/html/wp-includes/pomo/plural-forms.php on line 210
 I Rock Cleveland I Rock Cleveland | Jam Packed Thursday with Ex-Cult, The Skull Defekts, Spiritualized and Thee Oh Sees 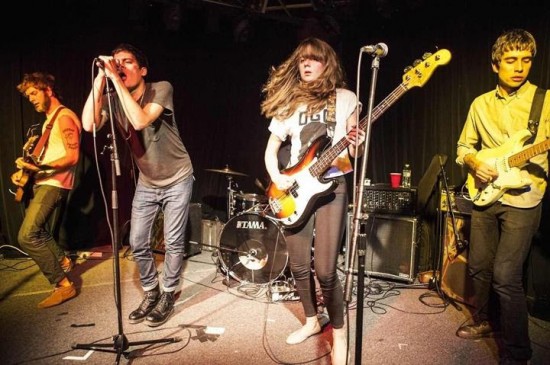 This is Ex-Cult and this is rock ‘n’ roll, dirty and sweaty and unsexy, Rock ‘N’ Roll. It was birthed and perfected in the trenches of punk rock dives with like minds Ty Segall and the OBN IIIs. Unlike those acts, however, Ex-Cult, are not wholly tied to the ’60s and ’70s. Listening to “Midnight Passenger,” one not only hears standard strains of garage and punk, a given, from the company Ex-Cult keep, but also the gutter rock of Iggy Pop’s junkie period, and the brash, relentless bashings of that period in time when hardcore, metal and experimental rock all collided in NYC, producing seminal acts like Unsane. Save the date April 29th, that’s when this one hits on Goner Records, and it ain’t going to be pretty.

Thee Oh Sees John Dwyer is so damn prolific that even after he announces his band is on hiatus, new music emerges. “Penetrating Eye,” from the band’s latest, and maybe last record for now, Drop {Castle Face Records 4.19), is both heavy and gleeful, similar in style and tone to that of fellow travelers, The Flaming Lips. It’s a shame the band feel the need for a break, for jams like this one leave the listener wanting more.

The Skull Defekts’ spiritual leader, Daniel Higgs has himself a long, respected history in the rock underground, most notably with the Dischord band, Lungfish. Daniel Higgs’ music, however, both with Lungfish and with the Swedish band, The Skull Defekts, hasn’t always been accessible to human ears. “It Started with the Light,” hints at a smoother road to transcendence. Here, the plodding and throbbing doom-metal riff is front and center, allowing the listener to lock in with the groove, and join, not fight the band, as they make they way to a higher plain. The Skull Defekts’ Dances in the Dreams of the Known Unknown will be released April 8th on Thrill Jockey Records. 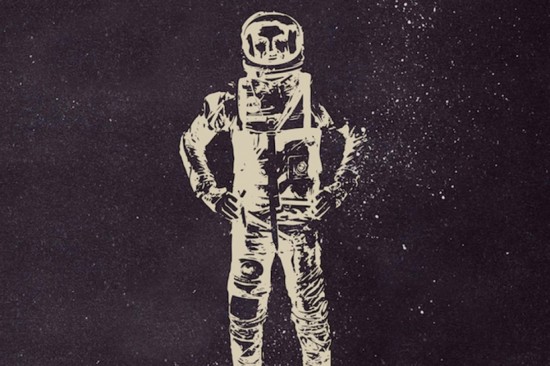 On Record Store Day, April 19th, Lefse Records will be releasing a compilation album entitled, Space Project, inspired by our own solar system and including actual sounds recorded by Voyager 1 and Voyager 2. And what better band to be involved in such an interesting project than Spiritualized, a band whose seminal album was titled, Ladies and Gentleman We Are Floating in Space, and a band whose leader singer, Jason Pierce, has used the alias J Spaceman. “Always Forgetting with You (The Bridge Song),” here credited to Spritualized Mississippi Space Program, is vintage spaceman in tenor — Weary, starry-eyed, and, yet, optimistic, with enough bleeps and twitches added to the mix to believe maybe the band really did get their hands on vintage space sounds.