Warning: "continue" targeting switch is equivalent to "break". Did you mean to use "continue 2"? in /nfs/c06/h01/mnt/88637/domains/blog.irockcleveland.com/html/wp-includes/pomo/plural-forms.php on line 210
 I Rock Cleveland I Rock Cleveland | Play Me: “Come & See” by Protomartyr

Play Me: “Come & See” by Protomartyr 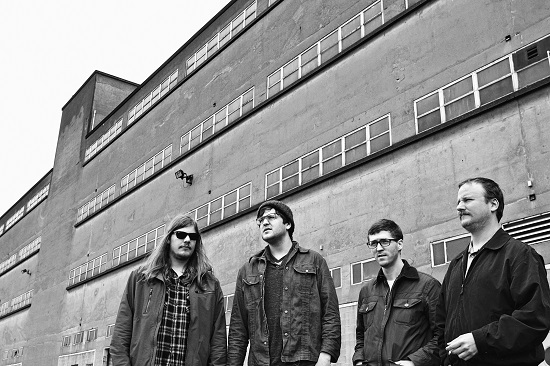 Without the City of Detroit, there would be no Protomartyr. The two are tied together, though fortune, or misfortune, even if the larger population doesn’t realize it. Not only does the post-punk act frequently use the city’s struggles for songwriting inspiration, but one can also hear the challenging landscape’s influence in the music, too. On “Come and See,” the guitars are fractured, and hang perilously in space, waiting to snag an unsuspecting straggler. The drumbeats are staggered, uncertain at times. When Joe Casey sings, “I try to see the good in everything,” he’s not convincing in the least.  That’s another thing about living in an un-fancied, Midwestern town — Survival requires a working bullshit detector. There’s a lot of stink in Detroit, even more than Cleveland.

Protomartyr’s new album, Under Color of Official Right, will be out 4.8 on Hardly Art Records. Photo by Angel Ceballos