Warning: "continue" targeting switch is equivalent to "break". Did you mean to use "continue 2"? in /nfs/c06/h01/mnt/88637/domains/blog.irockcleveland.com/html/wp-includes/pomo/plural-forms.php on line 210
 I Rock Cleveland I Rock Cleveland | A Jam Packed Tuesday with Cloud Nothings, The Horrors, EMA, Jessica Lea Mayfield and Kevin Drew 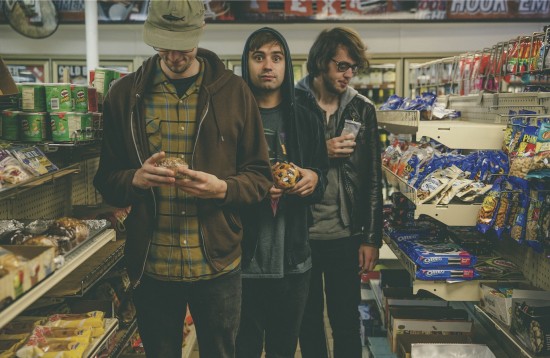 The leaner, meaner Cloud Nothings continue to get both leaner and meaner on “Psychic Trauma,” the second preview track from their forthcoming release, Here and Nowhere Else (4.1 on Carpark/Mom+Pop). Hell, once they get going on this one, they’re practically rocking at hardcore speed.

The Horrors may not be a name band in the states, like they are in the UK, but that isn’t about to stop them from sticking to their strengths. The seven-and-a-half minute, “I See You,” is like a Tardis ride back to the music that mattered in the ’70s and ’80s. Elements of dub, disco, krautrock and pop are all easily identifiable. The fact that they package it with a sincere melody reminiscent of the Pyschedelic Furs at their peak only adds to its appeal. The Horrors will release Luminous May 6th on XL Recordings.

On its surface, EMA’s “So Blonde” is another, sunny, easy rockin’ ode to beach life and pretty beach people with slight guitars and a quasi-hip-hop beat. Listen closer, and its subversiveness becomes clear. This isn’t an ode to the pretty people as much as it is a critique. In introducing the video, Erika Anderson said so, herself:

SO BLONDE. The smiling blonde white woman is the most exploited image in the world. Can we talk about that? How about discussing if the selfie is a new form of feminist art or just a direct descendant of capitalist advertising? No? Hmm… Yeah I couldn’t figure out how to put that into a video either. So how’s about I just roll around Venice Beach wearing a Jim Morrison Tshirt while gifs by Molly Soda bounce in and out? Ok! That works! The semiotics of palm trees! Everyone gets the short-hand of SoCal. It’ll look great, be fun, and still gets to ask the important questions: How many bits do we have to reduce the dancing blonde babe to before she is no longer a symbol of sexiness? At what point do tits become simply bits? And who owns the sparkly dolphin anyway???

Oh, and there’s the screaming part during the chorus. That’s your second clue that all isn’t right in LA. The Future’s Void by EMA will be out April 8th on Matador Records.

On “Oblvious,” Kent folk singer Jessica Lea Mayfield established her rock bona fides with a sick, sludgy Sabbath riff. “I Wanna Love You” has similar, albeit not as obvious, rock aspirations. Without the amps turned to 11, it’s slightly more difficult to draw the connection between Mayfield and the classic rock of yesteryear. Well, more difficult for those without the classics bashed into their heads at a young age. I hear the muted guitar and I’m immediately reminded of “Don’t Fear the Reaper.” Jessica Lea Mayfield’s Make My Head Sing will be released April 15th on ATO Records. She will be playing a hometown show, May 10th at the Beachland Ballroom.

With Broken Social Scene mostly on break, Kevin Drew has had time to focus on readying his second solo album, and, if “Mexican Aftershow Party” is any indication, that was time well spent. The sly pop melody may be the first thing that draws you in, but a closer listen reveals layer upon layer of subtle electronic bits behind the track’s main movement. Songs as detailed as “Mexican Aftershow Party” take time to record and time to sink in. I’ll be playing this one again. Kevin Drew’s new album, Darlings, is due out March 18th on Arts and Crafts Records.