Warning: "continue" targeting switch is equivalent to "break". Did you mean to use "continue 2"? in /nfs/c06/h01/mnt/88637/domains/blog.irockcleveland.com/html/wp-includes/pomo/plural-forms.php on line 210
 I Rock Cleveland I Rock Cleveland | Watch Me: “Drown With the Monster” by White Lung

Watch Me: “Drown With the Monster” by White Lung 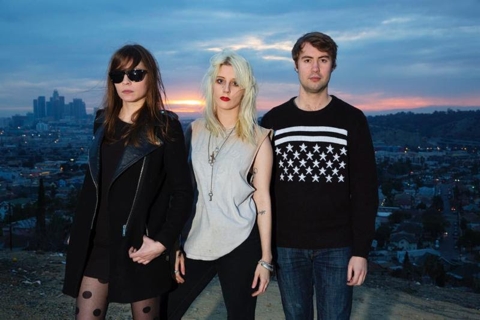 Someone made good use of their advance, and we’re not talking about picking up touring essentials like a new van, clean socks, and a case of Combos, either. Having recently signed to Domino Records, Vancouver’s White Lung seemingly put all that money into the studio for a meaner, more metallic sound. The difference between White Lung then and White Lung now, is nothing short of extraordinary. A fair comparison would be Bikini Kill’s first record and the birth of the riot girl movement to L7, and the period the LA band quickly moved up from Sup Pop to the majors. Simply put, this new single, “Drown with the Monster,” both has a nice sheen to it and it screams. Man, does it scream.