Warning: "continue" targeting switch is equivalent to "break". Did you mean to use "continue 2"? in /nfs/c06/h01/mnt/88637/domains/blog.irockcleveland.com/html/wp-includes/pomo/plural-forms.php on line 210
 I Rock Cleveland I Rock Cleveland | The Rockometer: Musical Garden by People’s Temple 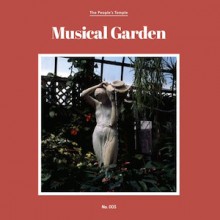 Taken a song at a time, Musical Garden, the third album by Michigan garage rock revivalists, People’s Temple, is the sound of a band fulfilling the promise of their much buzzed about 2011 debut, Sons of Stone. However, around these parts, we revere the album around and hold certain things as absolute truth. As in the album will always be the arbiter of greatness and shuffle play was invented by the devil as a tool for the slothful and the musically illiterate.

Consequently, an album like Musical Garden, which is basically People’s Temple putting themselves on shuffle for 30+ minutes, is going to have a harder time impressing than a piece of work with well-thought out sequencing.

Musical Garden didn’t have to end up this way. The first three tracks all feature the primitive, blues bashing of the Yardbirds, complete with early ’60s fidelity.

“I Heard You Singing,” features some nifty ’60s production tricks, like backwards tracks, to liven up an early British invasion melody. Tight on its heels, “I Don’t Mind (Prelude)” dabbles in the underwater acoustics of Animal Collective.

Had the band continued along this trend for more than five minutes, perhaps we’d have a pleasant album. Instead there’s “Male Secretary,” a track of overly-dramatic psychedelic rock (again of the ’60s variety), a surf-rock rave-up (“Fast Thrills,”) and a couple pieces of UK proto-punk (“Masters Touch” and “Speak No More.”) As restless as People’s Temple are throughout the album, it’s still competently played, in a reverential way. Hell, I’d say I’d look forward to hearing these tracks on shuffle, but that’s not an option for someone who still reveres the album.