Warning: "continue" targeting switch is equivalent to "break". Did you mean to use "continue 2"? in /nfs/c06/h01/mnt/88637/domains/blog.irockcleveland.com/html/wp-includes/pomo/plural-forms.php on line 210
 I Rock Cleveland I Rock Cleveland | The Rockometer: Tomorrow’s Hits by The Men

The Rockometer: Tomorrow’s Hits by The Men 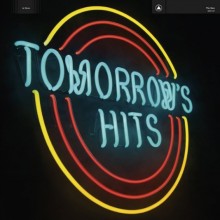 There’s nothing wrong with being an old-fashioned, all-purpose rock band, one versed in a variety of styles and one whose reach can attract a variety of audiences, both hip and not so much. From classics like the Rolling Stones, on to more modern acts, like Pearl Jam and Wilco, every generation had these bands.

For the Brooklyn band, The Men, getting to this point seemed to be their goal all along. When you chart their albums from 2011’s Leave Home through 2013’s New Moon, a pattern emerges: The Reverse Wilco. They started out as a more experimental outfit, press for Leave Home grouped them with the gnarlier, New York noise-rock scene, and one album at a time, they stripped away the more experimental aspects of their sound.

Now, on 2014’s Tomorrow’s Hits, The Men are looking even further into the past. The prominent horn section on “Another Night,” lends an Asbury Park soul feel to the track, as if it was written by Bruce Springsteen in the early ’70s either for his own band, or someone like Southside Johnny.

“Pearly Gates,” meanwhile is barroom rock in the most classic sense — a righteous mess of each musician riffing his ass off to well-tested blues progressions.

It’s only on tracks like “Different Days” and album closer, “Going Down,” that the old men make an appearance. These hard-driving numbers aren’t quite punk in the true sense of the word, but the driving melodies do recall the sweat and grit of a younger, rowdier Wilco as well as the wasted nights of The Replacements at their not totally wasted peak.

Some may claim the album title, Tomorrow’s Hits, was done in jest. In a moment of self-awareness, the band mocked their backwards catalog. The other way to interpret the album title, of course, is one of ego. The Men were staking their claim as America’s next great, all purpose band of rockers. And while they’ll need more fans before their place in history in secure, more albums like Tomorrow Hits won’t do anything to diminish their chances of increased success, either. They’ve proven themselves to be very capable at punk rock, barroom rock, Springsteen rock, and just plain rock, thank you.