Warning: "continue" targeting switch is equivalent to "break". Did you mean to use "continue 2"? in /nfs/c06/h01/mnt/88637/domains/blog.irockcleveland.com/html/wp-includes/pomo/plural-forms.php on line 210
 I Rock Cleveland I Rock Cleveland | The Rockometer: Louder Space by Obnox 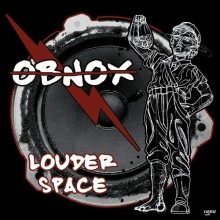 A great man once said, “To be the man, you have to beat the man.” The saying not only holds true in professional wrestling, the arena in which Ric Flair first spoke those immortal words, but also in Rock ‘N’ Roll music.

Lamont “Bim” Thomas can get away with trash talking his peers because he’s been around long enough in bands like The Bassholes, Puffy Areolas, and This Moment in Black History to know he’s got something special on with Obnox. He’s the man.

Whatever they’re calling rock and roll right now is trash, it’s bullshit. Put me in the position to rock next to some of these motherfuckers, and you’re not going to be able to sell that bullshit anymore. It’s not cockiness, it’s confidence.

Talent, confidence, and yes, cockiness are all on display on “How to Rob (The Punk Years),” a call out to rockers and punks to raise their games set to frenetic guitars and skittish beats.

“Molecule” takes a similar, big tent approach to rock music. Here, squelchy and squawky blasts of electronics share space with a funky, bass-heavy rhythm. One can hear similar sounds from hyped acts like Death Grips, or by cleaning an old Fatboy Slim single with a heaping hand of backyard mud.

Later, “Best Time of My Life,” builds upon the soul influences first heard on 2012’s Corrupt Free Enterprise. Far from a straight take on a classic, this thing ricochets from speaker to speaker, kicked into action by a nearly impenetrable mass of ratcheting guitar leads. “Who Needs You,” meanwhile, with its massive thump from the kick drum and blazing blues set front and center, recalls the early days of the Detroit garage rock scene when the White Stripes still had grit to spare. The up tempo shit-kicker, “Bitch! Got Money!” seals the deal with another legendary guitar battle splattered onto one single track. Most bands would kill for just one of its leads.

Consider the gauntlet thrown and the folding chair smashed up your grill: There’s more to Rock ‘N’ Roll music than raiding the used LP bin and recording what you’ve learned, donning a fancy haircut and calling yourself a band. There’s the matter of passion. There’s confidence. There’s ability. There’s the matter of putting all of that together on an album. The challenge is to top Obnox’s last two joints, 2012’s Corrupt Free Enterprise and 2013’s Louder Space, and until you can, Obnox is the man.