Warning: "continue" targeting switch is equivalent to "break". Did you mean to use "continue 2"? in /nfs/c06/h01/mnt/88637/domains/blog.irockcleveland.com/html/wp-includes/pomo/plural-forms.php on line 210
 I Rock Cleveland I Rock Cleveland | Play Me: “Mad Men” by Herzog

Play Me: “Mad Men” by Herzog 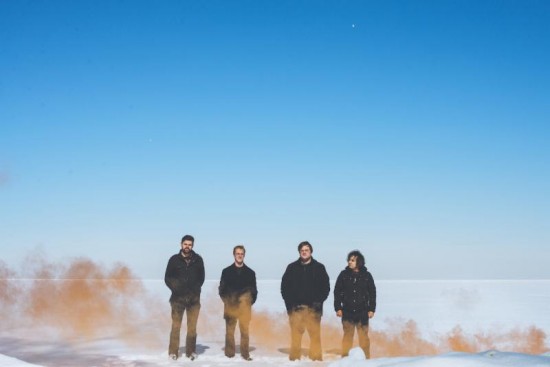 Upon reading this morning’s Best New Music Review on Pitchfork for the Cloud Nothings’ new LP, Here And Nowhere Else, I couldn’t help but quip on social media sites, “Cleveland is the new Brooklyn.

Then, on Friday, a new track by one of Cleveland’s best kept secrets, Herzog, premiered on Pitchfork with Ian Cohen gushing over the band’s new single:

Their slackened vocals and alternation between loud fuzz and slightly less loud fuzz recalls a time when indie rock wasn’t expected to sell deodorant, while the lyrics reflect the current state of bands who either can’t or won’t play ball in 2014: “I used to write/ But money’s made in publishing,” “I have a job but I don’t go out dancing/ I have my health but I don’t have no fun.” While their homebase has resulted in many a Cloud Nothings comparison, it’s every bit as complementary to say Herzog come up with one of the best pieces of Midwestern “fuck our band” anti-heroism since the heyday of Local H.

For those of us who’ve seen Herzog play a show at their home base on the west side, The Happy Dog,  Cohen’s words are  the type of thing we’ve been saying for years, albeit not as eloquently (We are in Cleveland, after all).

Their brand of irony free, power-pop and alt-rock, as heard on new single, “Mad Men,” has filled the room on many nights, and not because people are there to see and be seen. Rather, Clevelanders can identify with these four, unfancy, unassuming rockers. We live the lives they sing about, and on Friday nights we get to sing and stomp out our worries. Herzog’s new album, Boys, will be out May 20th on Exit Stencial Recordings. The band have a show scheduled for Friday, April 18th at The Happy Dog.