Warning: "continue" targeting switch is equivalent to "break". Did you mean to use "continue 2"? in /nfs/c06/h01/mnt/88637/domains/blog.irockcleveland.com/html/wp-includes/pomo/plural-forms.php on line 210
 I Rock Cleveland I Rock Cleveland | The Rockometer: Here and Nowhere Else by Cloud Nothings

The Rockometer: Here and Nowhere Else by Cloud Nothings 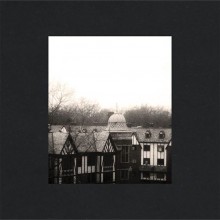 The mix on Here and Nowhere Else is a peculiar one. The drums and vocals are pushed to the front, while the guitars are deemphasized to the point where they often flutter shapelessly somewhere in the rear of the mix. The net effect is a lot like listening to My Bloody Valentine’s Kevin Shields jam with the Foo Fighters. Half of the album aims squarely for the big lights and the big stage of the arena, while the other half would rather stare at the corners of a small cub. The mix works the best on numbers like the seven-and-a-half minutes of “Pattern Walks,” and there are passages where the other elements peel back to expose the obvious care that went into that wobble. At its worst, the mix has an effect of neutering the anthemic ambitions of the three and four minute rave-ups like “I’m Not Part of Me.”

Going forward, the Cloud Nothings have to answer the question whether they want to write for the arena or write for the critics. They have the pieces to be the next Foo Fighters and the ambition to be loved as much as the Arcade Fire. Trying to please both crowds has resulted in a grunge rock album without crunch and a serious rock album without definition. Should I be wrong, and Here and Nowhere Else, really is the best Rock ‘N’ Roll has going for it, I’ll gladly shell out the $30 or $40 or whatever an albums costs ten years from now when the alternate mix comes out. For as much as I tried, listening to the digital version on headphones and spinning the vinyl version on my hi-fi, this mix sells the band short in both arenas.