Warning: "continue" targeting switch is equivalent to "break". Did you mean to use "continue 2"? in /nfs/c06/h01/mnt/88637/domains/blog.irockcleveland.com/html/wp-includes/pomo/plural-forms.php on line 210
 I Rock Cleveland I Rock Cleveland | The Rockometer: Under the Color of Official Right by Protomartyr

The Rockometer: Under the Color of Official Right by Protomartyr 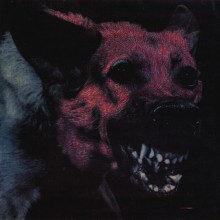 Protomartyr
Under the Color of Official Right
Hardly Art

My introduction to the four-piece, Detroit post-punk band, Protomartyr, was unique for the 21st Century. I first heard them on Sub Pop’s 25th anniversary compilation, Sub Pop 1000, a collection of mostly unknown bands. You see, back in the day, before this internet business, music fans would often buy compilations put out by labels they trusted with the knowledge they may discover a rad band or two. Sub Pop 1000 had Protomartyr, who have since signed to the Sub Pop imprint, Hardly Art, and the Italian rock band, His Electro Blue Voice, who are on Sub Pop proper.

The rest of the city got their introduction to Protomartyr when the band opened for the Cloud Nothings this past year at a sold out Bechland Ballroom. For most of the set, others reactions ranged from blank to politely engaged. You see, Protomartyr aren’t the type to go out of their way to impress. For like Clevelanders (in Cleveland proper), Detroiters have a certain toughness about them, an attitude which makes going out of their way to make a newcomer feel welcome somewhat below them.

Vocalist, Joe Casey, will tell you as much. He doesn’t care if you think he looks like a creeper of a used car salesman in mismatched brown suit. He’s not going to change. Protomartyr will not change.

Thankfully, when it comes to the actual music of the band, there isn’t much worth changing. Tight and informed, Protomartyr have this way of coloring outside the lines of contemporary punk without sounding intentionally difficult. There’s barely a straight punk rhythm to be found on their latest offering, Under Cover of Official Right (real music nerds will have fun pounding out all of the time signatures used on this one), yet, the music is surprisingly accessible. Partly this is because guitarist, Greg Ahee, prefers longer, more deliberate tones to augment the band’s always active rhythm section. More crucially, Casesy, speaks, or sings, in a slight drawl reminiscent of Billy Bragg or The Hold Steady’s Craig Finn, and when Casey speaks, ahem, sings, one can’t help but pay attention.

Nearly every track has a gut punch of a line in it. On, “Scum Rise,” it’s the first verse: “The Wayne County Stank Dogs will play in the open air there/The suburban fathers will be in the city center/The sports bar exploded and everyone died now you know how it feels to be alive. Scum Rise!”

On “Tarpeain Rock,” it’s everyone and everything Casey would like to see talk a walk off a cliff, rattled off in the style of a beat poet, and including gluten fascists, alt-weekly types, neon bands on laptops, upper class slummers, pain free catheters, most bands ever, and terrible bartenders.

The drunken ballad/drunken banger, “What the Wall Said,” drives the misery home with this passage: “And what will you miss/Alice in Chains played on repeat/not feeling great/’til you’re twenty percent/Misunderstood/Friends without name/Blood forms a face/Drawing a blank.”

As sharp as Casey is as a lyricist, the biggest barbs are saved for those who would wrong his hometown. The shard-like guitar lines and staggered military beats of “Bad Advice,” set Casey up for a verbal beatdown of disgraced, ex-mayor Kwame Kilpatrick. While the newcomers, attracted by Detroit’s cheap artist enclaves are “The complicated haircuts (who) ride in on a white ass.” It’s not exactly a warm welcome, especially when paired with the horror show theatrics Ahee is able to coax out of his guitar.

No, Protomartyr will never be an outwardly friendly band, or popular band for that matter. Casey’s endless verbal knockout list all but assures that fact. But now that introductions have been properly made, on the internet, the place where we learn about bands and things, Protomartyr ought to be one of your bands.

Hey, everyone needs a take no shit band for those take no shit moments, especially in cities like Detroit and Cleveland. Lord knows, the upper class slummers with their baby strollers make Cleveland’s West Side market unbearable on Saturdays. And talk about depravity, we have the Sowell house and the Castro house. And the politicians! Have we forgotten Dimora…