Warning: "continue" targeting switch is equivalent to "break". Did you mean to use "continue 2"? in /nfs/c06/h01/mnt/88637/domains/blog.irockcleveland.com/html/wp-includes/pomo/plural-forms.php on line 210
 I Rock Cleveland I Rock Cleveland | Live Rock Action: The Men @ The Happy Dog Cleveland 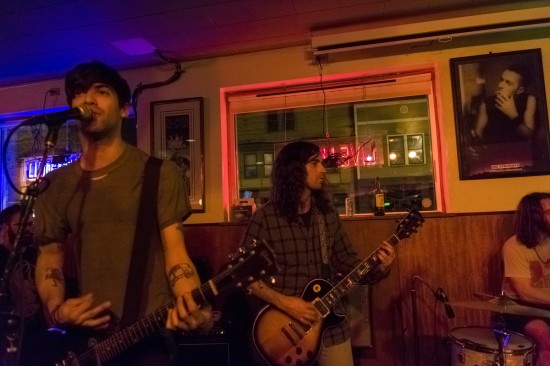 To judge by appearance, the Brooklyn five-piece band, The Men, aren’t very distinctive men. If pressed, the man standing in the middle of the stage could have been an extra in the ’90s movie Singles. He had the slight frame and stringy hair to fit in. But put them in a corner bar and put jerseys on them and they could be sports fans. Put them in button down shirts, and they could be your co-workers. It’s only when they take the stage that these men reveal themselves to be exceptional men for this anonymously named band populated by everymen have an unrivaled grasp on the underground Rock ‘N’ Roll canon. 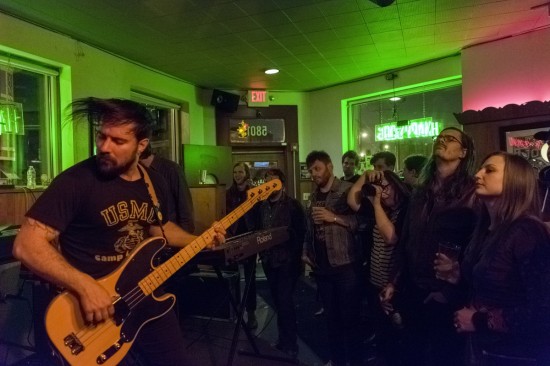 A song may start with a tight, motorik beat with each member locked in on the repetition and quickly pivot to metallic thrashing. Or, they may start out thrashing only to reveal their inner twang. Imagine Cobain gone Nashville, or Tom Petty with 20 pound balls and you begin to get a clearer picture of what The Men are all about. 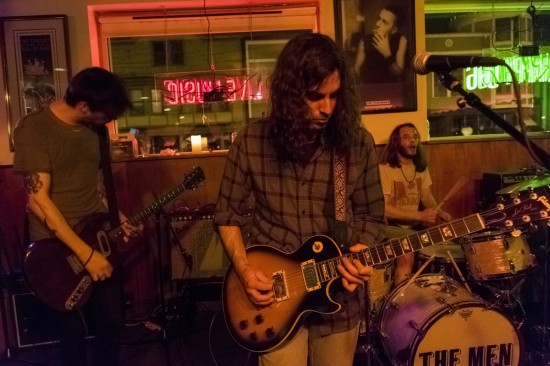 Even tracks from their latest album, Tomorrow’s Hits, a relatively tame collection compared to their back catalog, took a new urgency on this night. Both “Pearly Gates” and “Different Days” upped the ramshackle and the rowdy. 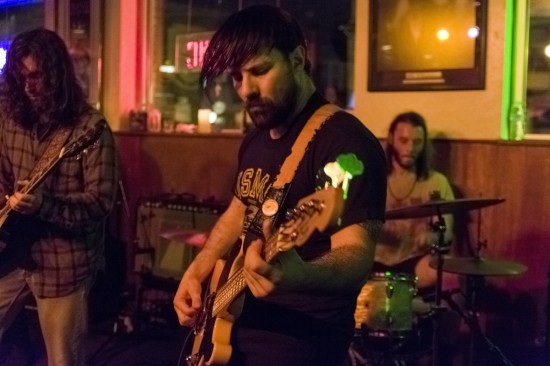 When at their best, and The Men were in peak condition Thursday night, the band continually threatens to disintegrate each track on their set list. You have to guitarists wailing, a rhythm section mercilessly pounding, and a keyboard player in the corner working every key in range. The crowd gets amped. The amps get overworked. It really is quite thrilling to see these men in the right environment, and a small club on a Thursday night, with people pressed up against the stage is that place. 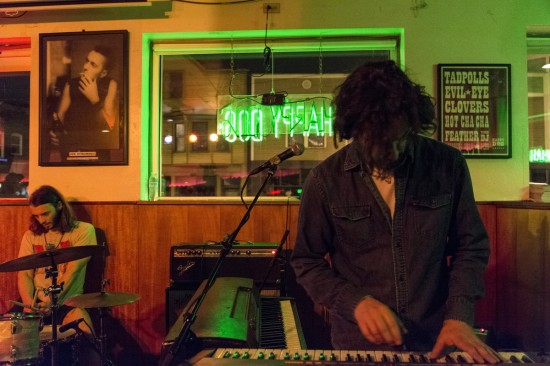 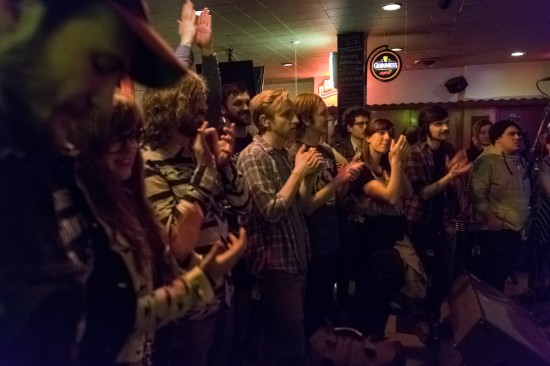 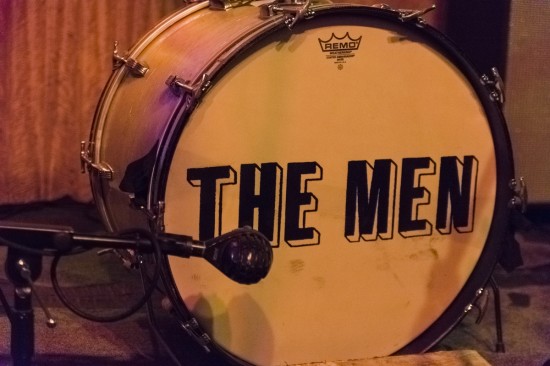 All photographs courtesy of Mara Robinson