Warning: "continue" targeting switch is equivalent to "break". Did you mean to use "continue 2"? in /nfs/c06/h01/mnt/88637/domains/blog.irockcleveland.com/html/wp-includes/pomo/plural-forms.php on line 210
 I Rock Cleveland I Rock Cleveland | A Jam Packed Wednesday with Jack White, Lee Bains III and the Glory Fires, Mordecai, Unholy Two, White Lung and Verma 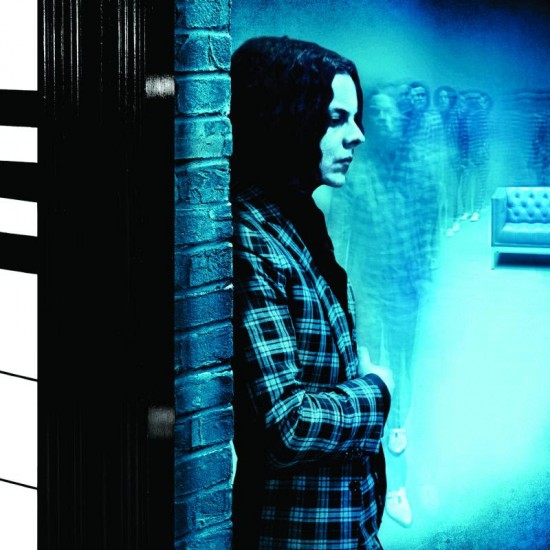 From the credit where its due department: As much as Jack White’s new single, “Lazaretto,” suffers from clinical ADHD, and as much as the one memorable melody is nothing more than a rote recreation of ’70s funk, it does have some redeeming qualities. Ok, it has a redeeming quality and that is the return of those classic White bazooka-like guitar solos, the ones solely missing from his first solo LP. Look for White’s latest, Lazaretto, to be released June 10th on Third Man/Columbia Records.

Lee Bain’s III and the Glory Fires are real barn burners. No kidding, their brand of hard-drinking, hard livin’ Southern Rock is the ideal soundtrack for burning down a barn. It’s also highly recommended for those who miss the days when Wilco were the world’s greatest living bar band. Dereconstructed by Lee Bains III and the Glory Fires will be out May 27th on Sub Pop Records. Preorder it now.

Quick, name a band from Idaho not named Built to Spill. I’m waiting…I’m waiting…I didn’t expect you to come up with Idaho, primitive guitar rock band, Mordecai, but maybe you should have. They have some unlikely supporters around these parts in Hausfrau Records proprietor Steve Pfeffer, who turned me on to their last release, and the organizers of Horrible Fest. If your familiar with either the place or the event, you’ll quickly figure out why Mordecai have their fans — That ramshackle guitar blast heard on “Predicament” is like nectar to those who’ve spent years in the rock underground. Mordecai will be in town for a show Friday, May 23rd as part of Horrible Fest. Also be on the lookout for a new album later this Spring on Richie Records.

Batten down the hatches. Tighten the fillings. Turn it up. Do Unholy Two have a scorcher for you! “Hard Times Daddy” is three minutes of unhinged guitar chaos with a drumbeat. Unholy Two’s Talk About Hardcore is due out on May 20th 2014 on 12 X U Records. Joining the Columnbus noisemakers on the album are a couple names you might recognize, like Adam Elliott (Times New Viking) and Lamont “Bim” Thomas (Obnox/This Moment in Black History), both of whom take turns in the drummer’s seat. Also look for Unholy Two to be part of Horrible Fest 2014 on May 23rd.

Where have all the riot girls gone? Vancouver. That’s where you want to for White Lung and the fiercest female-fronted rock band making the rounds these days. “Snake Jaw” is but the latest reminder of their undeniable power. White Lung’s new LP, Deep Fantasy, will be released June 17th on Domino Records.

The rare exception is the Chicago psych outfit, Verma. They are the real deal, the rare band where I saw a promo pic and said, “Hey I know that guy! He’s a friend of a friend. We met outside the Beachland after some show a few years back” and my next thought wasn’t, “Fuck, he better not start bugging me about blogging his band.”

Verma have released records for two of the Windy City’s finest labels — Hozac and Trouble in Mind, and have done soundtrack work for Vice. Fans of modern psychedelic should not only take note, but listen and love. Verma’s latest, the Sunrunner LP will be released May 27th on Trouble in Mind Records. The band will be in town for a show at the Happy Dog on Saturday, May 24th.