Warning: "continue" targeting switch is equivalent to "break". Did you mean to use "continue 2"? in /nfs/c06/h01/mnt/88637/domains/blog.irockcleveland.com/html/wp-includes/pomo/plural-forms.php on line 210
 I Rock Cleveland I Rock Cleveland | Play Me: “Led By Hand” by Fucked Up

Play Me: “Led By Hand” by Fucked Up 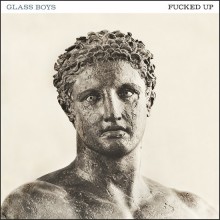 “Led By Hand” is exactly the type of track that first attracted me to the wildly inventive Toronto hardcore group, Fucked Up. In fact, when one listens to “Led By Hand,” it’s almost unfair to label them at all. The fluid guitar tracks, and there are a whole hella lot of ’em, simultaneously saunter and scream. The individual pieces don’t operate with urgency, but as whole they align for maximum output. The vocals operate in a similar manner. Head Fucked Up, Damian Abraham has the voice of a man whose sole sustenance is broken glass. During the chorus, he’s joined by Dinosaur, Jr’s J Mascis, a man whose words sound disinterested by default. They make for an unlikely duo, to say the least. They also play a major part in making “Led By Hand,” a most unlikely piece of head music for heavy music fans. Fucked Up’s latest album, entitled Glass Boys, will be released June 3rd on Matador Records.