Warning: "continue" targeting switch is equivalent to "break". Did you mean to use "continue 2"? in /nfs/c06/h01/mnt/88637/domains/blog.irockcleveland.com/html/wp-includes/pomo/plural-forms.php on line 210
 I Rock Cleveland I Rock Cleveland | The Rockometer: Make My Head Sing by Jessica Lea Mayfield

The Rockometer: Make My Head Sing by Jessica Lea Mayfield 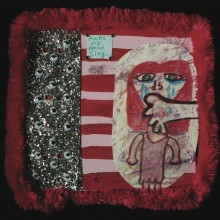 Well, isn’t this ironic. On Make My Head Sing, Kent folkie Jessica Lea Mayfield goes rock and she does so without the aid of the man who produced her first two albums: The Black Keys’ Dau Auerbach. In case you didn’t know, Auerbach knows rock.

As ironic as it may be to shun a name rock producer on your rock album, it’s hard to argue with the work Mayfield and husband/bassist Jess Newport did on recording and producing Mayfield’s third album. “Oblivious” is an obvious highlight. The guitars are like those huge, crushing, pot-hole machines ravaging Cleveland’s city streets. I’ve yet to see one, but their impact has been obvious. For Mayfield, her lyrics now have a foil in that hyper-blasted guitar.

Her follow-up to “Oblivious,” the track, “I Wanna Love You,” doesn’t mess around, either. The lead riff on this one carries an uncanny resemblance to the classic rock staple “Radar Love.”

Largely, the rock wardrobe change works for Mayfield. Like “Oblivious,” and “I Wanna Love You,” both “Pure Stuff” and “Unknown Big Secret” succeed because they meld her existing style of light, haunting folksiness with the grime of grunge guitars. “Do I Have the Time,” is more difficult to swallow. Here, we’re moving into dream pop/shoegaze territory and if there’s anything the past five years of underground rock have taught us is that it’s hard to stick out in this crowd. The rules are too tight and the followers of this aesthetic are too reluctant to experiment. Saintly vocals and fluttering keyboards are nice. They were nice in the ’90s. They’re still nice when Mayfield does that trick and nothing more.

Call, Make My Head Sing a growing album if you must. With the forays into classic rock and grunge rock, it’s clear Mayfield isn’t content to be just another folk singer. She has a willingness to not only stand out from the coffeehouse crowd, but to leave boot marks on the backs of her competition as she makes her steady climb upward. And even if her guitar solos aren’t the most inventive, their impact is undeniable. You can feel the guitars just as you can feel her emotion. You can feel Mayfield going somewhere big and its promise is clear.