Warning: "continue" targeting switch is equivalent to "break". Did you mean to use "continue 2"? in /nfs/c06/h01/mnt/88637/domains/blog.irockcleveland.com/html/wp-includes/pomo/plural-forms.php on line 210
 I Rock Cleveland I Rock Cleveland | The Rockometer: Oblation by Floor 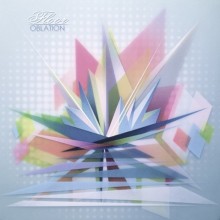 Before there was Torche, guitarist/vocalist Steve Brooks was in the much admired, but little noticed at the time, Floor. As time has passed and Brooks’ first brought back Floor for a series of shows, and now, an album of new material in Oblation, the lines between Torche and Floor have become increasingly blurry.

Of all the albums in the Floor/Torche discography, Oblation most resembles Torche’s 2008 breakthrough, Meanderthahl. Brooks’ guitars are tuned way, way, way low, coming as close to the mythical brown note as any artist I can recall. Don’t eat Chipotle before seeing Floor or Torche, and for god’s sake, don’t double up on the beans.

The hooks on Oblation, meanwhile, are immediate, although not as obvious as Brooks’ recent work in Torche (which has earned his band the heavy metal power pop tag). Here, there is less reliance on the standard, verse-chorus-verse pop structure.

Then, when the band do get ALL CAPS HEAVY, and at times it sounds as if the drums, bass, and guitar have all grown mountain man beards of their own, those plodding, doom metal tempos function more as interludes than stand-alone songs. Floor are not the extended jam types. Nor, are they prone to stereotypical metal man posturing. Rather, they pummel and run, pummel and run.

All of this makes for a quick and pleasurable listen, and one that should appeal to not only metal heads, but also those who claim they like all music but metal and rap. Brooks has such a giant, gregarious personality, visible when he smiles on stage, and audible in the guitar melodies he plays, whether the name on the front cover is Floor or Torche, it’s dman near impossible to say no to the man’s music. This is even more true when you find yourself instinctively banging yes, yes, yes as the songs progress. Oblation bangs that way.