Warning: "continue" targeting switch is equivalent to "break". Did you mean to use "continue 2"? in /nfs/c06/h01/mnt/88637/domains/blog.irockcleveland.com/html/wp-includes/pomo/plural-forms.php on line 210
 I Rock Cleveland I Rock Cleveland | The Rockometer: Luminous by The Horrors

The Rockometer: Luminous by The Horrors 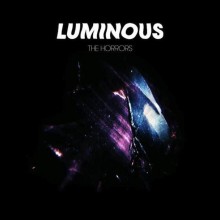 With Luminous, the student is now the master. Five years on from their breakthrough album, Primary Colours, a work where Portishead’s Geoff Barrow famously helped steer The Horrors from horror-punk buzz band with a shelf life measured in negative time to post-punk evangelists, the band have learned to thrive on their own. Sure, 2011’s Skying was both recorded and produced by the band, and it showed some of the studio magic which made Primary Colours such a delight for the ears, but it lacked the crispness and detail and overall sense of direction of both its predecessor and its successor. Here, on Luminous, an album where the band once again played a pivotal role in its genesis (They collectively share credit for arrangements and production), the transformation is all but complete.

As in their previous work, Luminous finds vocalist Faris Badwan and company deftly sampling the ’80s and ’90s UK Underground for inspiration. The sounds of Echo and the Bunnymen and The Psychedelic Furs are but a given. The Horrors still don’t do happy. They are instinctively drawn to darker strains of new wave and post-punk. More surprising is the influence of the UK’s leading mainstream electronic acts of the time, like The Orb, Orbital and Underworld.

The Horrors have one main advantage over history and that advantage is technology. It’s why they’re able to not only seamlessly meld their influences, but also give them a modern, streak-free shine. You can clearly hear their mastery on “So Now You Know.” The introduction vaguely hints at The Orb’s breakthrough, “Little Fluffy Clouds,” but instead of subsisting on ambiance, it builds, first subtly, then dramatically into a technicolored curtain-raiser for these would be arena rock stars.

Similarly, “I See You” plays an obvious homage to the Furs into the type of dramatic moment ’80s tech couldn’t possibly fathom. We have endless tracks in the 21st Century. We can add synth upon synth and guitar upon guitar without giving recording engineers crippling carpal tunnel from the amount of slicing and splicing that the old tech required.

“Jealous Sun,” conducts a chorus of grunge guitars and slithering synths into a hand-raising anthem. And, “Mine and Yours” gives the Bunnymen their 21st Century upgrade. It’s like listening to the soundtrack to John Hughes’ lost teenage love story, a space age love song.

Spend enough time with The Horrors and the realization soon arrives that the band aren’t backwards looking at all. Rather, in their eyes, time is limitless. Time includes shortcuts through wormholes and alternate timelines hijacked as the dimensions pile one atop each other. Trends aren’t revisited. Rather, they’re given a new life through technology.