Warning: "continue" targeting switch is equivalent to "break". Did you mean to use "continue 2"? in /nfs/c06/h01/mnt/88637/domains/blog.irockcleveland.com/html/wp-includes/pomo/plural-forms.php on line 210
 I Rock Cleveland I Rock Cleveland | The Rockometer: Boys by Herzog

The Rockometer: Boys by Herzog 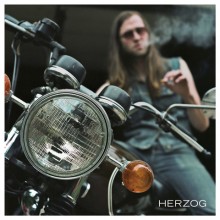 When I listen to Boys, the third album by Cleveland Rock ‘N’ Roll underdogs, Herzog, I can’t help but think back to their first show nearly four years ago. They were the first on the three-band bill at the Grog Shop. Critically acclaimed folk artist, Matthew Houck, and Phosphorescent were the headliners. There was another Cleveland band, Lowly, the Tree Ghost, sitting second on the bill.

I recognized vocalist Nick Tolar from his folk project, Expecting Rain. I recognized the rhythm section of Brian Hill and Dan Price from the instrumental metal band, Megachurch. Guitarist, Dave McHenry was the wild card. I couldn’t place him from the years I’ve spent showing up early to rock shows. And while I didn’t quite see how they fit together, my ears told me their genuine demeanor and their style of ebullient power pop and take-it-or-leave-it slacker rock could truly resonate in this town. If you couldn’t enjoy the band covering “Not Proud of the USA” by local legends, The Mice, then you were incapable of fun. Hell, if I was an A&R rep and it was still the ’90s, and alternative rock bands were the must have fashion for every major label, I would have been rushing to the nearest pay phone. Herzog had it from day one. Boys is the album where the rest of the country should take notice.

While “Mad Men” and “Theme From Boys” rightly generated praise both for the clever lyrics penned by fifth Herzog, Tony Vorrell, and the undeniable hookiness of the band’s melodies, Boys is deeper and more realized than either of its predecessors.

Listen closely, and Boys isn’t as much about reliving one’s youth, but about that awkward period in one’s life, as 20’s become 30’s, and you come to the reluctant conclusion that you’re an adult now. Hint, “Saint Scrapyard” isn’t who you pray to when you want Friday to be a rager .

And speaking of more realized, “You Are Not the Villain” both runs for more than seven minutes and is the album’s undeniable high point. Borrowing from the ramshackle epics of Built to Spill, a band they’ve covered in their live sets, the guitars of McHenry and Tolar both scream with the sound of bottle rockets whizzing by and sob the sound of long held tears. The track is alternately pointed, aggressive, and ecstatic.

Deeper and more realized are great for down time. This is a rock band, however, one who has built up a sizable local audience on not only their ability to connect with the common Clevelander, but also their raucous live shows. Yes, the everymen know how to have fun. When the nimble bass hits, and Tolar’s twang goes full West Virginia on “Satan Is Real” fun is your only option. Then, as the drums go double time, the guitars go full fuzz and the chorus, “Satan is real” is screamed to the top of the ceiling even Vorrell’s subversive lyrics are incapable of making this one a downer.

Yes, this one is for all the boys (and girls), the ones who are old enough to know better than to believe in an easy life and still young enough to crave the release of a Friday night at the rock club.

Now, I realize that criticizing Pitchfork is a lot like shooting fish in a barrel. Pointless, right? Pitchfork writers couldn’t have fun with a band of monkeys playing Joanna Newsome covers, and an open bar, and free oral sex, and the sky pouring $100 bills. Still, I’m gonna say it anyways, because Jeremy Gordon shows an incredible lack of, let’s say real world sensibilities, in his closing of his Herzog review. He gets, ahem, “Excessively aggravated” by listening to men in guitar bands. Yes, excessively aggravated. This album literally makes Gordon want to slaughter a room fool of monkeys playing Joanna Newsome songs.

Boys is obsessed with interior states and vagaries of youth, singing about drunken nights that get broken up by the cops (“Oh No”), jokes from the sixth grade that are still funny (“It’s Hard Getting Old”), former rivalries that mellow out with time and maturation (“You Are Not the Villain”). You can’t deny the album’s focus on the titular male persuasion, not when they’re singing lines like “I write songs for boys/ ‘Cause I’m one of them” and “This is a theme for all the boys/ Playing guitars and making noise.”

And there’s something endearingly juvenile about openly referring to oneself as a “boy”—but it’s also possible to become excessively aggravated by consuming yet another piece of media that revels in having XY chromosomes.

Look, this isn’t to say sexism isn’t real. As a liberal, I’m offended by sexism, racism, and homophobia on a daily basis. Cliven Bundy? Donald Sterling? Macklemore? That Replublican talker who said aspirin between the knees is good birth control? All asholes. What doesn’t offend me is a band of Cleveland dudes on a small, independent label playing fun rock songs. It doesn’t oppress anyone. Herzog isn’t taking home a grand a night while other, deserving female bands in Cleveland have to settle for a split of the $5 door. It’s something that shouldn’t offend anyone. Unless, of course, you’re one of the pointy heads at Pitchfork and a card carrying member of of the Twitter Polite Society Witch Hunters Association (and how I wish TPSWHA spelled douche canoe). In that case, your life sucks. You’re incapable of simple pleasures and your constraining worldview needs some expanding. Go see the outside world, maybe smile at something other than a meme, and quit looking for offense in everything. Fucking pointy-headed pricks at Pitchfork should have their fingers broken and their macs smashed.