Warning: "continue" targeting switch is equivalent to "break". Did you mean to use "continue 2"? in /nfs/c06/h01/mnt/88637/domains/blog.irockcleveland.com/html/wp-includes/pomo/plural-forms.php on line 210
 I Rock Cleveland I Rock Cleveland | A Jam Packed Wednesday with Southern Comfort, Fucked Up, Godflesh, White Lung, and Parquet Courts 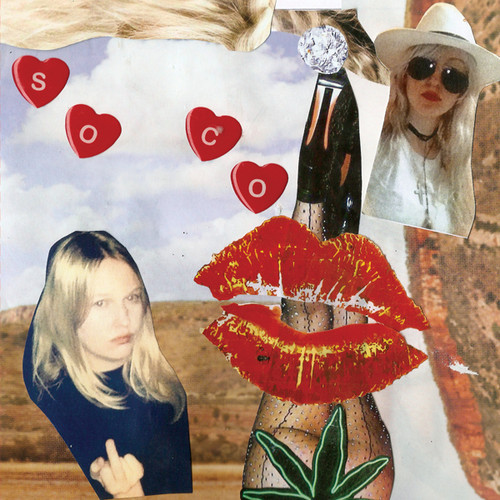 As one half of Ruined Fortune, Angie Garrick has already released one of the year’s best punky, sludgy noise rock albums. Here, with Southern Comfort, things are significantly sunnier, albeit in a fuzzed-out, blown-out speaker kind of way. The “Suzanne” 7″ is out now on Hozac Records.

Time will tell if Fucked Up’s Glass Boys, the hardcore Toronto destroyers’ third release for Matador (on 6.3), will also be their best. What is more apparent, however, is how Fucked Up have gone about putting this new LP together. Songs like “Sun Glass,” embedded below, occupy the mid-point between the more progressive and more epic tracks found on Chemistry of Common Life (2008) and the more punk-pop oriented David Comes to Life (2011). Granted, with lead snarler, Damian Abraham, snarling through it all, every Fucked Up track is filthy.

Every once in a while, the internet still surprises. Even though Justin Broadrick his influential industrial band, Godflesh, out on tour from time to time, there was never any indication that he’d actually record any new Godflesh music. Hello, surprise. Hello, “Ringer,” you beast of pummel. Godflesh’s new EP, Decline and Fall, will be released June 26th on Broadrick’s Avalanche Recordings.

No pressure, White Lung, but there are a lotta folks out there who’d like to see you shred your way to the top of the rock world. It’s been way too long since the original Riot Girls had their moment in the sun and we need more like you — More thrashing, more nasty, and more like this:

Parquet Courts burst onto the indie rock scene with a type technical, yet herky-jerky approach to post-punk that hadn’t been heard in some time. Not only that, but the band made it sound simple, as if they’d been bred for such a thing. “Instant Disassembly” from the band’s forthcoming What’s Your Rupture release (out 6.3) is a different kind of beast, a meditative piece, a slow burner, and maybe even an ear-worm. It’s like a Pavement ballad without the fucking around, or a piece of carefully fucked with West Coast psychedelia. Hell, just listen to it.