Warning: "continue" targeting switch is equivalent to "break". Did you mean to use "continue 2"? in /nfs/c06/h01/mnt/88637/domains/blog.irockcleveland.com/html/wp-includes/pomo/plural-forms.php on line 210
 I Rock Cleveland I Rock Cleveland | The Rockometer: Glass Boys by Fucked Up

The Rockometer: Glass Boys by Fucked Up 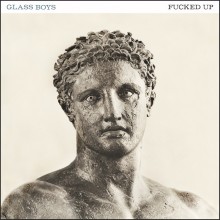 Every generation needs a Fucked Up, a band who of punks who flout convention and twist expectations until the word punk, itself, becomes even more devoid of meaning. From album-side long singles inspired by the Chinese Zodiac to a rock opera, a fucking 21st Century rock opera, the band are reliably restless.

Their sense of daring is not only apparent in the manner in which they record, but in the records, themselves, too. Nominally a hardcore band, they’ve seemingly spent every release since their debut shredding their own path. The band’s 2008 artistic breakthrough, Chemistry of Common Life, was one part finesse and one part ferocity, as beholden to progressive rock’s flair for drama as it was to punk rock’s ambition to annihilate everything the mocked rock dinosaurs held dear.

In that sense, the Toronto acts latest, Glass Boys, is a continuation of that most unlikely of creative combinations. The overdubs have overdubs, which have more overdubs, which have even more overdubs. Drummer, Jonah Falco recorded four drum tracks. Even during the ’70s, at the height of Rock ‘N’ Roll excess, few would consider a third drum kit. Four? That’s overkill. That’s how Fucked Up roll these days.

The guitars on Glass Boys, in particular, are unrepentantly gluttonous. This is the path of madmen, like Billy Corgan and Axl Rose, whose own personal quests for guitar nirvana ended with despair and derision, not that of anti-heroes who rose up from the hardcore ranks. But, listen to a track like “Led By Hand,” and try to isolate the guitars. That density, that audible wobble, is why people worship My Bloody Valentine’s Kevin Shields, except a little wobble is not enough. There are more guitar tracks than the human ear can possibly process.

On an album, where lyrically, Abraham and lead guitarist Mike Haliechuk, deal with aging, adulthood, and what it means to make a living off of those old punk rock ethos, the excesses may strike some as a particularly egregious sin against punk. Here, it’s key to remember two things: One, fucking rock opera! and, two, they still know how to write a rowdy, fist-raising chorus. As long as Fucked Up remember to leave the listener a hook, they can bankrupt their label and then blow their family’s budget on even more studio time as they go for a Guiness Book of World Record attempt at the most guitar overdubs on one rock song. This next four minutes is why Fucked Up still matter.