Warning: "continue" targeting switch is equivalent to "break". Did you mean to use "continue 2"? in /nfs/c06/h01/mnt/88637/domains/blog.irockcleveland.com/html/wp-includes/pomo/plural-forms.php on line 210
 I Rock Cleveland I Rock Cleveland | Top Jam: “Grease” by Obnox 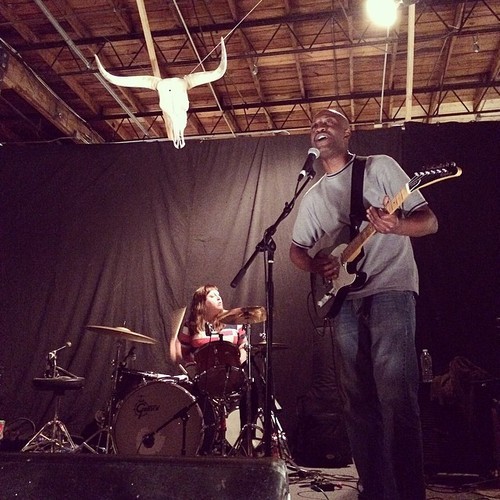 What Lamont “Bim” Thomas does as Obnox is not unique. Rather, Obnox shouldn’t be unique. Instead of approaching popular music’s history in a linear way — First there were the bluesmen, then the white men who stole from the black bluesmen. Then the white men got fat on Rock ‘N’ Roll and became prog rockers. Thankfully, the punks came and reminded us rock was about the old bluesmen all along — he sees rock’s past and future as one point in time. This means instead of trying to sound like a particular decade, be it the ’70s, ’80s, or ’90s, he uses a vaster, more knowledgeable approach to recording.

Just listen to Obnox’s latest masterstroke, “Grease.” In it he transforms an ancient blues melody into a psychedelic drone by pushing all instruments into the red, only to grime it up even more with both complementary and competing guitar tracks. The lyrical style, meanwhile, is influenced more by hip-hop than traditional rock.

“Grease” is one exceptional groove and unlike anything modern punks and rockers are churning out these days. And while I stand by the assertion that Obnox’s style shouldn’t be unique, it does take a unique talent to make it all come together so smoothly.