Warning: "continue" targeting switch is equivalent to "break". Did you mean to use "continue 2"? in /nfs/c06/h01/mnt/88637/domains/blog.irockcleveland.com/html/wp-includes/pomo/plural-forms.php on line 210
 I Rock Cleveland I Rock Cleveland | Play Me: “Eyes of the Muse” by King Tuff

Play Me: “Eyes of the Muse” by King Tuff 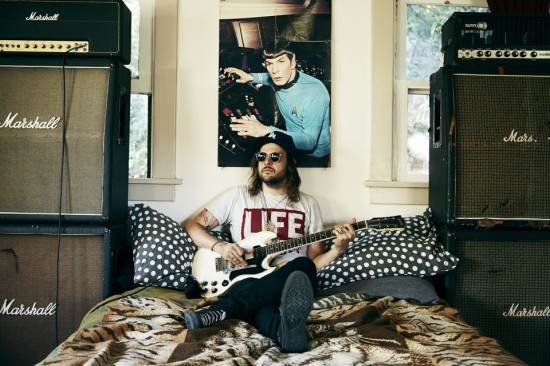 Anyone familiar with King Tuff’s past work can tell you the man isn’t intimidated by the classic rock canon. Depending on where you drop the needle, a King Tuff record can sound like snotty Big Star, slummy T-Rex, or an arena rock daydream. The constant in all of Kyle Thomas’ work as King Tuff, however, is and has always been quality. The man has a knack for melody. So even as his latest rocker, “Eyes of the Muse,” kicks off with all of the hallmarks of a Cleveland Classic Rock Traffic Jam (catch those frilly lead notes), it’s hard not be charmed by his freewheeling ways once the song settles into its modest groove. King Tuff’s latest album, Black Moon Spell, will be out September 23rd on Sub Pop Records.