Warning: "continue" targeting switch is equivalent to "break". Did you mean to use "continue 2"? in /nfs/c06/h01/mnt/88637/domains/blog.irockcleveland.com/html/wp-includes/pomo/plural-forms.php on line 210
 I Rock Cleveland I Rock Cleveland | A Jam Packed Thursday with Sloan, The New Pornographers, Elephant Stone and Shabazz Palaces 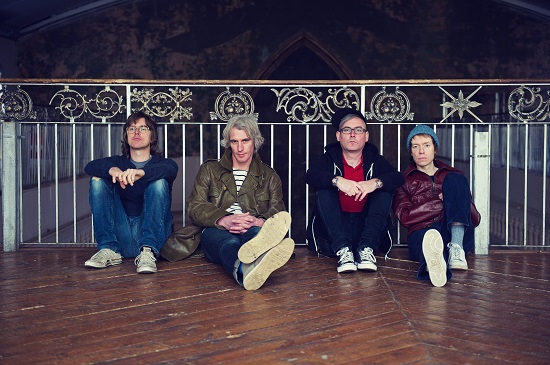 During Sloan’s 20+ years in the business, the band have always taken a democratic approach to their guitar pop. Each album contains a mix of songs written by Jay Ferguson, Chris Murphy, Patrick Pentland, and Andrew Scott. Sloan’s newest album, Commonwealth, takes things one step further. Each album side of this double LP is penned by one, individual Sloan with Jay songs on the a-side, Chris on the b-side, Patrick on C, and Andrew on D.

The first track to emerge from Commonwealth is the Patrick Pentland number “Keep Swinging (Downtown),” and it’s mix of power pop hooks and glam rock swagger is exactly that type of track that has kept Sloan fans coming back all these years. Look for Commonwealth to be released September 2nd on Yep Roc Records. Photo by Lisa Mark.

A new New Pornographers is beginning to emerge with each additional track released from the forthcoming Matador record, Brill Bruisers. While the band’s arrangements have gotten more ornate over the years, their songs have gotten slower. Some people like a good chamber pop album. Cheers to them. I prefer a little more pep. “War on the East Coast” definitely has pep, and pop, and a sweet video. Brill Bruisers will be released on August 25th. The band will be in CLeveland, November 15th for a show at the House of Blues with Pains of Being Pure at Heart.

Listening to modern psychedelic rock, one could get the impression that bass has been banished from the groove. Either the bassline is an afterthought, or the act has gone so retro that the bass is impossibly thin. I mention this because Elephant Stone have just released the track, “Child of Nature (Om Namah Shivaya)” and the first thing that caught my ear was the bass. Hear that groove? You can even dance to this track stone cold sober. Elephant Stone’s new album, Three Poisons, will be out August 25th on Hidden Pony Records.

Speaking of out there, Sub Pop Records have released another track from the new Shabazz Palaces release. With its ’80s ambient vibe, “Forerunner Foray” is as out there as these unconventional rappers get. Lese Majesty will be released July 29th on Sub Pop.