Warning: "continue" targeting switch is equivalent to "break". Did you mean to use "continue 2"? in /nfs/c06/h01/mnt/88637/domains/blog.irockcleveland.com/html/wp-includes/pomo/plural-forms.php on line 210
 I Rock Cleveland I Rock Cleveland | Top Jam: “Learning Slowly” by Purling Hiss 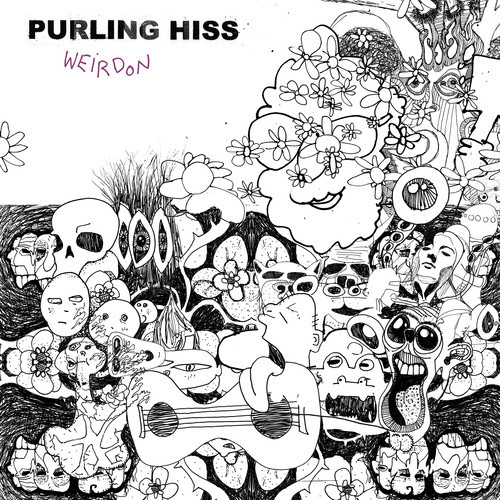 Since the time Purling Hiss released their Drag City debut, Water on Mars, last year, there has been a steady stream of limited run reissues from Philadelphia rocker Mike Polizze’s early days. Richie Records reissued the 2011 tour cassette Paisley Montage on vinyl and Drag City put out their own early Hiss, with this spring’s Dizzy Polizzy. This was great news for the completists, but neither of these lo-fi collections featured the sonics of Water on Mars’ full band attack.

“Learning Slowly,” from the new album Weirdon (9.23 on Drag City), is another blast of what made Purling Hiss’ 2013 album so memorable. This is windows down, no speed limit rock, like a snottier, couldn’t give a fuck Matthew Sweet in 93. Then, just when you think you have a handle on this jam, Polizze demonstrates, once again, why stooges like me snap up everything the man puts out with Purling Hiss and his other band, Birds of Maya. Check that solo. Man, the passion with which Polizze plays is so rare these days. Anyone can switch on a pedal. Polizze speaks in squawks.