Warning: "continue" targeting switch is equivalent to "break". Did you mean to use "continue 2"? in /nfs/c06/h01/mnt/88637/domains/blog.irockcleveland.com/html/wp-includes/pomo/plural-forms.php on line 210
 I Rock Cleveland I Rock Cleveland | The Rockometer: They Want My Soul by Spoon

The Rockometer: They Want My Soul by Spoon 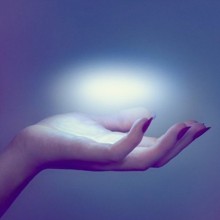 When Spoon are at the top of their game, and They Want my Soul, is these Austin vets at their best, they have few rivals in the loosely-defined world of indie rock. They make it all sound so easy. Vocalist Britt Daniel’s sly and playful delivery exudes cool whether he’s chopping up his words like a beatboxer or seductively phrasing his words like an old-time crooner. While every beat laid down by the rhythm section of Rob Pope (bass) and Jim Eno (drums) plays like the theme to you looking sweet on a busy city street. And the production, let’s talk about the production. Spoon albums are reliably crisp and minimalist with straight-forward melodies adorned with ear candy dangling from the fringes.

So, why isn’t every Spoon album this great? And why aren’t there 1000 Spoons vying for our entertainment dollar?

The answer to the first question, is simple — for the band’s 2010 album, Transference, Daniel and company seemed intent on making not another Spoon album. Those elements often left on the fringes were pushed to the forefront, needlessly complicating things. Spoon songs were no longer simple and reliable. They no longer hit you on that first listen.

Noted producer Dave Fridmann was brought in for They Want My Soul and his mark is noticeable. Under his guidance, the band has expanded their sound without losing those innate characteristics that make Spoon, Spoon.

One listen to They Want My Soul, and it’s clear this is an album not lacking in tricks with Fridmann deserving credit for his delicate handling of a band who doesn’t do big. On lead track, “Rent I Pay,” the oversized snare hits are crisp and provide a striking textural contrast to the guitars which arrive only in muffled bursts.

“Inside Out,” follows tight on its heels and provides the first of many surprises. The keyboards are reminiscent of Fridmann’s work with weirdo rockers, The Flaming Lips. Buoyant, glittery, and vibrant are not adjectives typically associated with Spoon. Yet, when those wide-eyed keys are pared with a sharp, evenly placed beat, the result is undeniably the Spoon you know.

Fridmann takes Spoon even further from their comfort zone on the disco punk track, “Outlier.” With an electronically augmented drum beat and those same sparkling keyboards, this one is easily the most dance floor ready number in the band’s vast catalog.

If “Rent I Pay” is vintage Spoon and “Inside Out” and “Outlier” are the new Spoon, then “Do You” is the happy middle. As Daniel coos along to a slight bossa nova beat, one can almost hear the playful genre mangling of Beck in his ’90s prime. The tile track, “They Want My Soul,” plays in a similar vein as a strong rhythm and understated melody elegantly dance with elaborate synth waves.

Why aren’t there 1000 Spoon’s in the underground, again? The answer should be obvious by now. Daniel’s easy-going persona behind the microphone masks a band who works very hard at their craft. You can hear it in the perfectly captured drum tracks ringing like the kit is sitting right next to your listening room recliner. You can hear it in the ballad “Knock Knock Knock” and its stark contrast of sophisticated, Spanish-style acoustic guitar and the rabid squelch of a beat up, garage sale six string. You can hear it in the way the Spoon successfully collaborated with Fridmann, adding a modern, electronic element to their sound while neither losing their essence nor coming off like pandering trend hoppers. Class like this can’t be bought and sold. Class like this can’t be taught.

One can forgive Daniel if he finds himself looking over his shoulders these days. Name an indie rocker who wouldn’t want what Spoon’s got.