Warning: "continue" targeting switch is equivalent to "break". Did you mean to use "continue 2"? in /nfs/c06/h01/mnt/88637/domains/blog.irockcleveland.com/html/wp-includes/pomo/plural-forms.php on line 210
 I Rock Cleveland I Rock Cleveland | A Jam Packed Thursday with Thurston Moore, Perfect Pussy, Godflesh, Dark Blue, The Twerps, and King Tuff 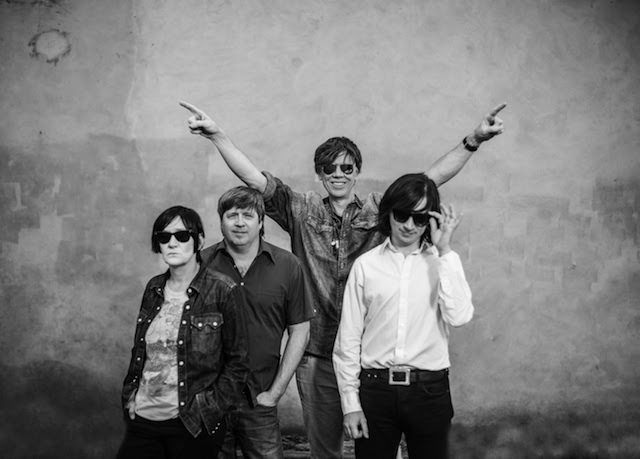 The news of a new Thurston Moore album has been out and about on the internet for a little while now. What’s gotten fans most excited, is that this new band would include both Debbie George from My Bloody Valentine and ex-Sonic Youth drummer, Steve Shelley, as well as English guitarist, James Sedwards. Granted, it’s no Sonic Youth, but that’s not too shabby a lineup, right?

Plus, when one listens to “The Best Day,” the title track from Moore’s new album (10.21 on Matador), one can hear traces of latter era Sonic Youth. Fair or not, Moore is always going to be measured against his Sonic Youth output, and when this thing gets going near the tale end, there’s real hope in the ears that this album has a shot at distinguishing Moore from his past. Photo by Phil Sharp

Now, this is how you do a cover. In Perfect Pussy’s hands, the Sugarcubes’ classic, “Leash Called Love,” is barely recognizable. It’s all squalor and feedback and just with but a trace of Bjork’s vocal acrobats. It’s all awesome, too.

Godflesh’s Justin Broadrick hasn’t exactly been idle since the days when his industrial grind, powerhouse called Godflesh came to and. There’s been a steady stream of Jesu releases along with other side projects. What’s been missing is that undeniable heft of Godflesh. Miss no more. “New Dark Ages,” is a sure sign that the Godflesh reunion is not one to be taken lightly.

Once the most hated man in the Philadelphia music scene, Clockcleaner’s John Sharkey has been gradually coming down from his obnoxious high ever since. His new band, Dark Blue, is his most sophisticated outfit to date. Hell, when I hear the refined, debonair approach undertaken by the band on such songs like, “Here On My Street,” I’m tempted to invite the man over for my next dinner party, you know, one of those fancy things where there’s more than beer and people talk serious topics. Look for the new Dark Blue album to be released October 7th on Jade Tree Records.

Melbourne’s Twerps may Merge Records’ latest signing, but those of us with a keen interest in the Melbourne underground have had our eyes and ears fixated on this quartet for a long time. Similar to outfits like Lower Plenty and Dick Diver, The Twerps have this nonchalant way about themselves that can lull the listener into thinking they give zero fucks. The truth is more nuanced. That zero fucks facade can obscure, but it can’t hide quality songcraft. Keep your eyes on Merge Records for more news and more james from The Twerps. In the meantime, the band and label have released a free EP on Soundcloud.

Rock ‘N’ Roll’s unlikeliest, glam rock revivalist is back. In pictures, King Tuff’s Kyle Thomas is a wayward man-child with unkempt hair and torn up clothes, slacking on the bed he salvaged from the bed room at his parent’s house, and thinking about thinking about work tomorrow, maybe. On record, he’s a star, the idol of teen girls trapped in 1976. Hear that swagger on “Black Moon Spell.” Hear that groove. Hear that boogie. Marc Bolan ain’t got nothin’ on King Tuff, well, except for the expensive clothes and the cars and the fuckin tigers, man. And despite that fact, I don’t think Tuffy would have it any other way. For Thomas, it’s always been about the jams. Black Moon Spell with be out 9.23 on Sub Pop Records.