Warning: "continue" targeting switch is equivalent to "break". Did you mean to use "continue 2"? in /nfs/c06/h01/mnt/88637/domains/blog.irockcleveland.com/html/wp-includes/pomo/plural-forms.php on line 210
 I Rock Cleveland I Rock Cleveland | The Rockometer: Manipulator by Ty Segall

The Rockometer: Manipulator by Ty Segall 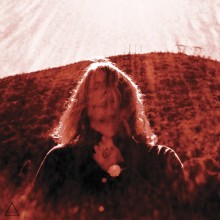 With such an impressive discography assembled at such a short time, Ty Segall was the last rocker I would expect to make the rookie mistake of confusing studio budget and studio time with permission to go ahead and record a 17 track, almost 60 minute album.

Granted, with the extra polish, the young shredder sounds as fierce as ever. No underground guitarist gets as much mileage out of blues, choogle, and squeal as Segall. And that visceral quality, heard on his more hastily recorded albums is still here, too. Think of Segall as a young Cobain transplanted to the early ’70s, a player equally prone to psychedelic fits and grunge rumble.

Guitar rock in 2014 doesn’t get much better than “Tall Men Skinny Lady.” You got a bouncy, boogie beat, sly deductive vocals, and the ratcheting wail of sinister guitar waiting just beyond every corner. This isn’t guitar rock. This is guitar urban combat.

If the sheer heft of Manipulator shows folly in Segall’s ways, then the sheer variety of the rhythm tracks on the back half of the album vindicates his decision to spend extra time in the a studio.

Much of Segall’s back catalog can be split into two categories — Proto punk and proto metal jams informed by such luminaries as The Stooges and Sabbath, and quieter, more introspective melodies drawn from the balladry of Lennon and McCartney.

Yet, between the retro electronic, big beat of “The Connection Man” and the old skool, hip-hop thump of “Mister Main,” I though I was listening to Russel Simins of the Jon Spencer Blues Explosion behind the kit. If you don’t know, Simins was just one of the most versatile rock drummers of the past 20 years, that’s all. Hell, “Who’s Producing You” could have served as the sample source for a De La Soul or A Tribe Called Quest jam back in the day. It would also make for a solid base to a Blues Explosion jam, too.

The fact that Ty Segall can lay claim to being on the undergrounds greatest guitarists, and one of the underground’s best rock drummers says all you need to know about this prodigious talent. The fact that he decided to leave nothing in the studio tells you Segall still has room to grow. I don’t know which fact is more impressive.