Warning: "continue" targeting switch is equivalent to "break". Did you mean to use "continue 2"? in /nfs/c06/h01/mnt/88637/domains/blog.irockcleveland.com/html/wp-includes/pomo/plural-forms.php on line 210
 I Rock Cleveland I Rock Cleveland | A Jam Packed Tuesday with Deaf Wish, Negative Scanner, Terry Malts, and Purling Hiss 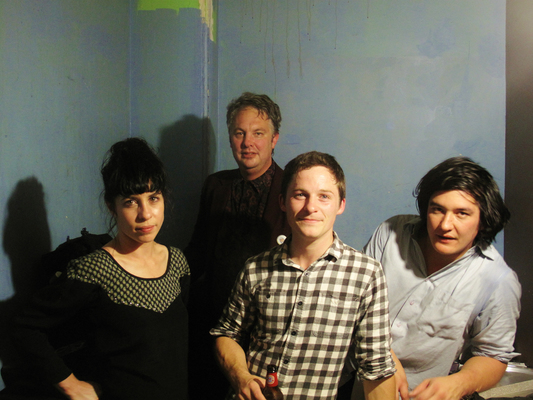 20 some years ago, Seattle was the city kicking out essential jams on what seemed like a weekly basis. Today, the city on everyone’s lips should be Melbourne, Australia, it’s not, but the rate at which this locale long off the Rock ‘N’ Roll map continues to produce the goods, it’s becoming harder and harder to ignore. What began with Eddy Current Suppression Ring, has grown to include recent Merge Records signees, The Twerps, ECSR offshoots Total Control and Boomgates, Dick Diver, Lower Plenty, UV Race, and likely a host of others.

Likely, because Deaf Wish proves my point for me. I’m guessing few of you likely knew this name before Sub Pop announced a single. We’re mostly American here, so I’m guessing even fewer could spot Melbourne on a map. With more than a hint of Sonic Youth’s Dirty and an attitude ready to rip, Deaf Wish hearken back to grunge’s halcyon days when those bands too dangerous for prime time didn’t get 120 Minutes or mainstream play, but had to get their breaks from the 7″ club. It just sounds right. It’ll sound even better on that 7″.Deaf Wish will be in Cleveland for a show Monday, September 22nd at Now That’s Class.

I know nothing about Negative Scanner except the fact that they recently released their debut single on Trouble in Mind Records. That’s all I know and all I’m interested in knowing at the moment. I don’t need to know how, when, where, what bands these people used to be in, who their friends are, what publicity company is pushing this track, none of it. When the moment this scrappy punker peaks and the gal wails “Wasting time,” I hear classic punk rock disaffection. It sells itself.

There is beauty in the simplicity of Bay-area, buzzsaw pop artists Terry Malts. Their best songs, and “Don’t,” stands up to the catchiest bits of their debut LP, dump a bunch of gnarly guitars on a simple verse-chorus-verse pop song and that’s it. You can crank this one up and blast your neighbors. You can pogo to it and absolutely lose yourself. Terry Malts’ Insides 7″ EP will be released later this month on Slumberland Records.

Purling Hiss, like the other three artists featured here, have always been one to let the music speak for itself. And when you’ve got one the underground’s great, unheralded shredders in Mike Polizze doing much of the talking, all that’s required is a little patience. There will be a solo. Purling Hiss will be releasing their latest album, Weirdon, on September 23rd via Drag City Records. The band will be in the CLE for a show at the Happy Dog on November 29th.