Warning: "continue" targeting switch is equivalent to "break". Did you mean to use "continue 2"? in /nfs/c06/h01/mnt/88637/domains/blog.irockcleveland.com/html/wp-includes/pomo/plural-forms.php on line 210
 I Rock Cleveland I Rock Cleveland | Play Me: “Empty Faction” by Cult of Youth

Play Me: “Empty Faction” by Cult of Youth 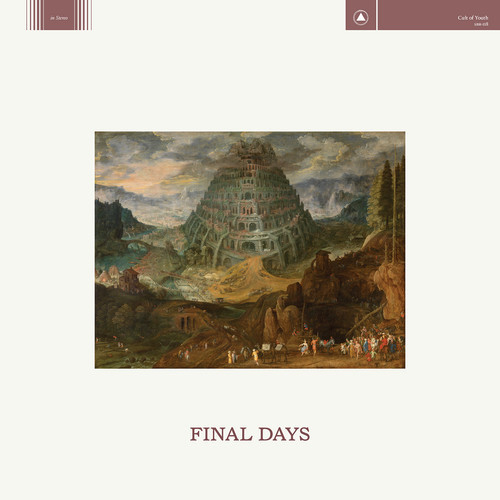 The line between being provocative and a tasteless asshole can be a thin one. Like Danish punks, Iceage, many have used the word fascist to describe the Brooklyn band, Cult Of Youth, and its leader Sean Ragon. As far as I know, Ragon hasn’t dressed up like a klansman for a music video, like the tasteless assholes in Iceage. Cult of Youth get a pass.

Granted, it also helps that the band’s new single, “Empty Faction,” hits on such important bands like The Birthday Party, Crass, and Fugazi. Steregum has this line from the band where they describe the new album, Final Days (11.11 on Sacred Bones) as a post-industrial Pet Sounds. Whatever. I hear a Dischord rager and do you know what we do with Dischord ragers? We blast the shit outta them.