Warning: "continue" targeting switch is equivalent to "break". Did you mean to use "continue 2"? in /nfs/c06/h01/mnt/88637/domains/blog.irockcleveland.com/html/wp-includes/pomo/plural-forms.php on line 210
 I Rock Cleveland I Rock Cleveland | Play Me: “I am Mark E. Smith” by Fat White Family

Play Me: “I am Mark E. Smith” by Fat White Family 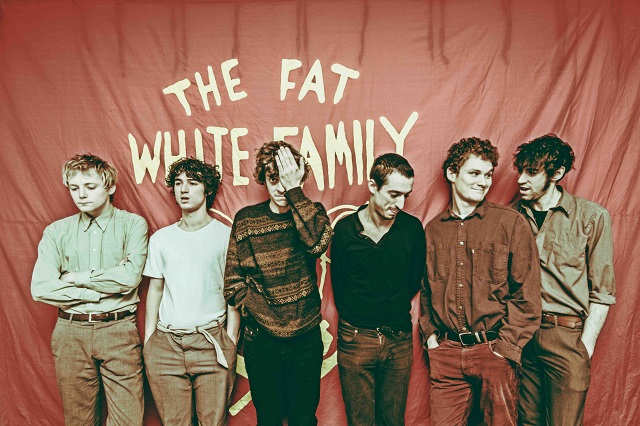 Known as much or more for their unhinged antics and questionable subject matter in their songs (pedophilia, anyone?), than their actual music, Fat White Family have shown they can sure raise a stir out of the rock press. Where the Fat Whites differ from similar instigators, like the Black Lips, for example, is that the jams actually have enough quality to enable a listener to look past all of the other distractions. These lads enjoy fucking with the familiar sounds of American garage, psychedelic rock, and country just as much they like fucking with the those still trying to figure out if this act is real. Such is the case with the band’s latest single, “I am Mark E. Smith,” where the rickety beat and squashed guitars mock the precision and ambition of most people’s definition of post-punk. Needless to say, The Fat Whites aren’t like most people. Look for I Am Mark E. Smith to be released on the band’s own, Without Consent imprint on 10.27. There’s an expanded edition of their debut, Champagne Holocaust on the way, too.